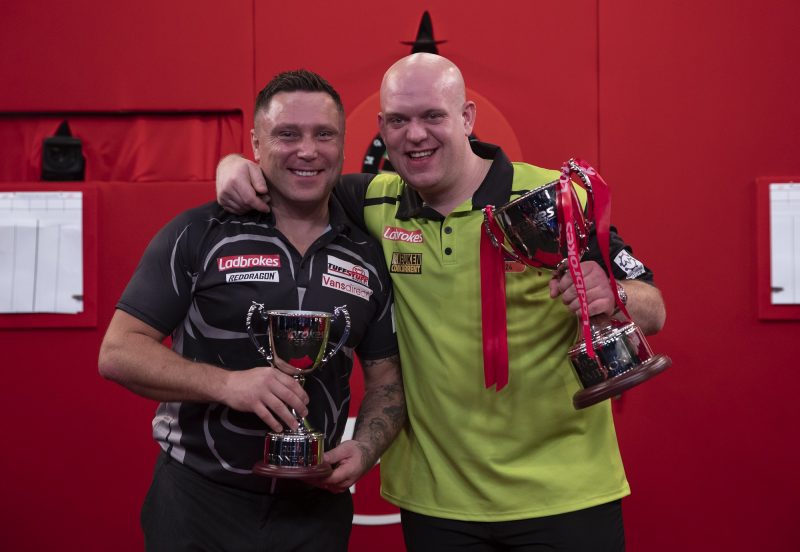 There was lots of darting action over the weekend with Gerwyn Price and Michael van Gerwen battling out the decider of the UK Open. MVG won there but his Welsh rival has the opportunity to get some revenge here.

Rob Cross and Stephen Bunting also re-oppose for the second time in the week. On Saturday Rob Cross beat the former BDO champion 10-8 but, interestingly, after 12 legs the scores were six apiece. We hit four winners from five picks last week. Scroll on for our Premier League Darts betting tips Week 6 below…

Michael ‘Bullyboy’ Smith is over-priced to win this match. He’s won his last three, beat MVG last week and has given us a 9-dart finish. Wright has lost two, won two and had a draw.

Mindful that ‘Snakebite’ Wright can throw in a stinker and with Smith coming back to form he looks clear value at Coral’s 2/1.

Durrant didn’t make an impression in Minehead (at the UK Open) losing his opening match against Peter Wright. Conversely Gurney did make a run at the title losing out in the semi-final stages.

As Gurney is yet to win a match in the Premier League he’s not a safe darts bet in the win market at all but every stat we have shouts out he has an exceptional chance of claiming the most match 180’s. Deadly on the treble 20’s at the weekend he’s posted considerably more than Durrant in this competition and there’s no reason for that trend to taper off.

MVG had an incredible weekend defeating rivals with a plethora of 11 and 12 dart legs. He surpassed that with a 10-dart leg and then a hallowed ‘nine-darter’ in the semis and then came from behind to take his first title of 2020.

The Dutchman is sure to be brimming with confidence now and he could easily build up a winning sequence in the league beginning with a second defeat, in four days, of Gerwyn Price. MVG to win the match at 10/11 for us.

Rob Cross never wins or loses by far and there was little between him and Bunting at the weekend (and two 6-6 draws and three 7-5 score-lines in this competition to date) so while he’s the better player he might not win convincingly.

A draw is entirely possible but the better bet is this one going ‘long’. Take Betfair’s best darts odds of 5/4 about 11.5+ match legs.

On the competition stats to date its clear that Nathan Aspinall is the superior finisher while Gary Anderson is the better scorer.

In fact the Scotsman banged in more than 50% more 180’s than Aspinall in this tournament so far and there is no good reason to expect this trend to grind to a halt.

* Premier League Darts odds correct at the time of writing

Expires: 9D 03H 42M
New customers only, bet up to £20 on the Exchange and if your first bet loses, we’ll refund you £20 in Cash. Bet must be placed in first 7 days of account opening. T&Cs apply. Payment restrictions apply. T&Cs apply 18+ONLY |BeGambleAware/ Bet Responsibly. This is an advertisement.