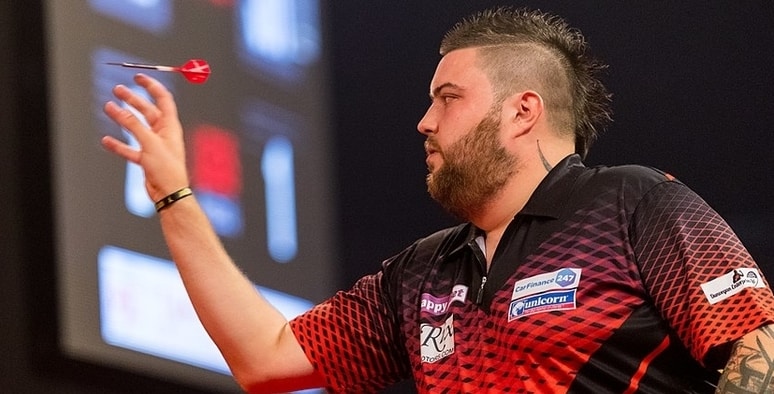 Who will nail a place in Premier League Darts final alongside Cross and MVG?

We are 14 weeks (Night 16) into the Unibet Premier League Darts and yet we only know the identity of just two of the players which will contest next week’s semis and final of the £250,000 to-the-winner competition. They are Rob Cross and Michael van Gerwen and at this point in time we do not know which of these will top the league standings, earning them an additional £25,000 in prize money, but Rob Cross is odds on 4/11 to do so with Paddy Power.

There are still 4 darts players hoping to join them in them in finals night, they are:  James Wade, Mensur Suljovic, Daryl Gurney and Gerwyn Price. Just two points separate this quartet with James Wade looking the most likely to progress to Finals night.

With the exception of James Wade off of the Premier League players were in action during the weekend in a European Tour event in Glaspalast, Germany.  Gerwyn Price was a third round casualty there while Peter Wright was a beaten finalist (by Ian White) following a victory over Michael van Gerwen.

But in the Premier League Wright has drawn a third of his fifteen 2019 Premier League matches and Price has more drawn an even higher percentage.  Wright may have confidence here but Price needs a victory badly and so a close run thing, a draw even, looks guaranteed.

Both of these were eliminated from the weekend’s German event in the third round.  But Smith could be in a hurry to leave the Premier League as he has played poorly throughout and has strung together a string of dire results. It is seven weeks since he last won a match and he is officially eliminated from the contest.

Gurney probably believes he must win this match to progress to finals night and he might not take his pedal off of the accelerator at any stage.  He’s 15/8 with Paddy Power to win the match and overcome a -2.5 leg handicap in the process. It looks a very fair bet.

The race for a Play-Off place concludes in Leeds, as James Wade, Mensur Suljovic, Daryl Gurney and Gerwyn Price battle it out for the remaining two spots.

A draw for Suljovic could easily good enough for him to make it to finals night but the Austrian is inconsistent and has a poor record against MVG anyway. Unlike Smith, MVG has plenty to play for as there is a £25,000 prize for topping the league table and a win here will put the pressure on Rob Cross in a Man City/Liverpool final Sunday of the league scenario.

The stats show MVG has beaten Suljovic in nine of their last 10 meetings and given that record, there’s no way you can predict anything other than another crushing defeat for the Austrian.

By the time this match starts James Wade will know what he needs to do to qualify for the final night.  There’s a chance he may need to nothing and he will progress despite a loss. But Wade has heart and he is likely to try his very best no matter how the point standings look.

But let us not forget Wade stands to win £25,000 for simply winning this match.  On a run of 10 wins from 15 Premier League matches Cross is the obvious favourite but backing him to record the most match 180’s (he’s reorded over 50 in the league to-date) looks a better proposition.  It is 8/13 at Blacktype (and others)

Rob Cross and Michael van Gerwen are battling it out for top spot in the Premier League, with ‘Voltage’ bidding to make history in Leeds!

* Odds correct at the time of writing. Some odds may have been updated. Prices are subject to fluctuation.

Expires: 9D 03H 47M
New customers only, bet up to £20 on the Exchange and if your first bet loses, we’ll refund you £20 in Cash. Bet must be placed in first 7 days of account opening. T&Cs apply. Payment restrictions apply. T&Cs apply 18+ONLY |BeGambleAware/ Bet Responsibly. This is an advertisement.