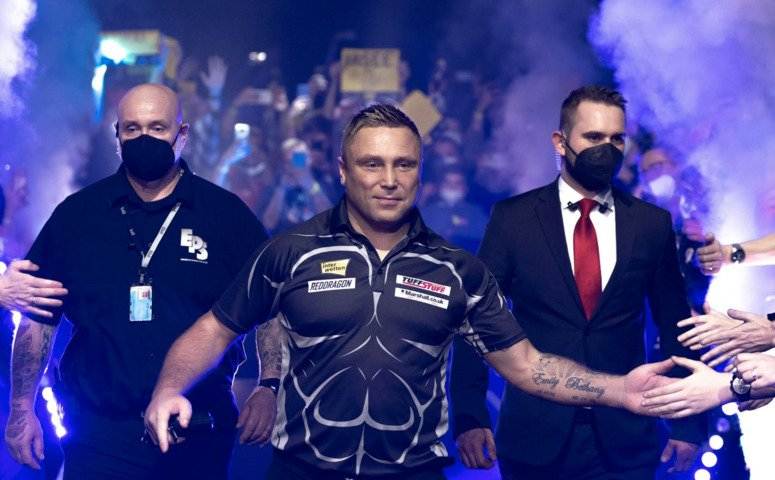 The last Premier League Darts action was a fortnight ago and was of a tremendously high standard. The eventual winner, Gerwyn Price, produced three consecutive 105-plus match-winning three-dart averages. Michael Smith, Michael van Gerwen, James Wade and Peter Wright all played in games – win or lose – where they averaged over 100.

Coming into Week 3 matches, Joe Cullen was the player to beat. He had enjoyed a 14-match winning streak encompassing two tournament victories. However, he was unable to contain Michael van Gerwen in the first round and lost 6-3.

Van Gerwen might be ready to land one of these nightly mini-tournaments and Cullen cannot be written off. But the same can be said for James Wade and, to a lesser extent, Gary Anderson and Michael Smith.

What’s our point here? The point is… William Hill, bet365* and others are offering odds of 4/6 (1.67 in decimal) about Thursday’s winner being a first-time winner in the 2022 Premier League Darts. Five players going for you as opposed to three? It’s a nice bet considering Price and Wright play one another in the first round.

MVG is Hitting the Big Trebles

Our headline bet comes in a ‘total match 180s’ betting market in the Jonny Clayton versus Michael van Gerwen (MVG) match. As we stated before, MVG looks to be coming into form and while he has never been a prolific 180 scorer – often reverting to treble-19 after hitting a pair of treble-20s – the Dutchman recorded nine maximums in the two games he played in Week 3.

Clayton only played the one match last time – losing 6-3 to James Wade – but he registered four 180s. As an average over his six games from weeks one and two, the Welsh player has registered 2.66 180’s per match. Put all those figures together and Unibet’s odds of 13/10 about the Clayton/MVG game featuring more than 5.5 180’s looks too big.

The betting line of total 180s might be set too high in the Michael Smith versus Joe Cullen match. Smith is yet to win a match in the 2022 Premier League Darts season and his normal prowess around the treble-20 has been missing. The bookies cannot separate the line at 6.5, they offer odds of 5/6 either higher or lower. We can, lower looks the better bet.

Expires: 3004D 07H 40M
New customers only, bet up to £20 on the Exchange and if your first bet loses, we’ll refund you £20 in Cash. Bet must be placed in first 7 days of account opening. T&Cs apply. Payment restrictions apply. T&Cs apply 18+ONLY |BeGambleAware/ Bet Responsibly. This is an advertisement.