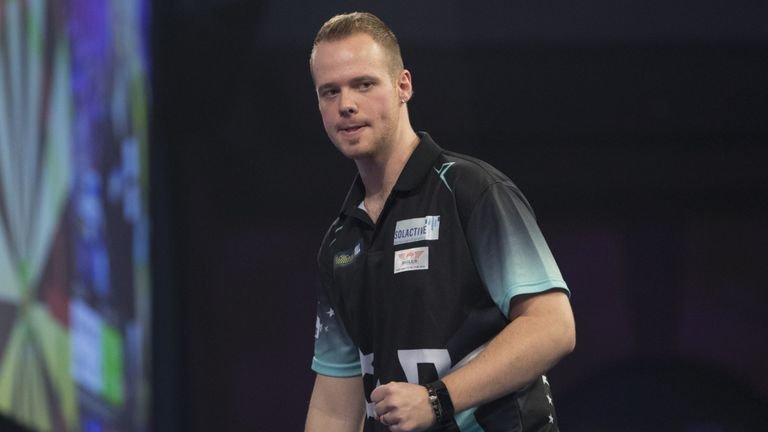 There’s five more Premier League Darts matches on Sky Sports this Thursday night as the darting roadshow makes it first visit to the continent; the action takes place at the Mercedes Benz Arena in Berlin. Our own Premier League Darts prediction and betting tips can be found below but here are some predictions from Darts Planet TV…

The German’s are proving themselves to be fanatical darting fans and their enthusiasm can help to lift their guest player, Max Hopp, to victory over veteran Raymond van Barneveld (RVB) on Thursday evening.

Hopp over to 888sport for a Max bet

RVB remains winless in the 2019 Premier League Darts and he is averaging below 93 which is pretty dire stuff.  Of course we have little recent form to go on with in regards to his 22-year-old German opponent but we know he excels before his home crowd.

At the end of 2018 Max Hopp was a beaten semi-finalist in the European Championship (staged in Germany) and earlier in the season he won the German Open beating Peter Wright, Joe Cullen, Rob Cross and Michael Smith in the process.  At 29/20 (2.45) – available at 888sport – the home hero has to be considered outstanding value in the conventional win/draw/win market.

Cross to boss the 180’s against Price

Of the other darts matches on the card Rob Cross, who sits towards the top of the Premier League Darts standings, has been hitting some high numbers and, as most of Gerwyn Price’ wins have come courtesy of impressive checkouts, we fancy the 2018 World Champion will claim the most 180’s here.

Fighting for the No. 1 spot 😏
MVG or Voltage, who will take the lead after night 7? Is Gerwyn Price able to defeat Rob Cross and close up to the leaders and will Barney save himself from an early elimination against Max Hopp? We’re about to find out. All eyes on Berlin. 👀 pic.twitter.com/ydRgF1SUO6

Wade and Wright to stalemate

Peter Wright has been involved in nine Premier League Darts draws from his last 22 matches so, despite tonight’s opponent (James wade) having the slightly better recent profile, ‘Snakebite’ is fancied to come from behind or falter from the front and record another 6-6 draw.

Do you think that he will win the Premier League this year?
Does he stand a chance against MVG, Cross & Price – who are currently in the top 4 with him?

Michael van Gerwen is not at his best but even at 90% right he can account for Daryl Gurney who suffered a 7-0 loss to James Wade a fortnight ago. Of course the Dutchman is not a great price to take his head-to-head record to 19-3 over the Northern Irish player, so we recommend playing some big-margin score-lines.

Neither Mensur Suljovic or Michael Smith have been consistent so keeping stakes low take Smith to confirm his superiority around the treble-20 and post more 180’s than his Austrian opponent.

🗣️ “On recent evidence I’m confident of a Michael Smith win to move him up the Premier League table”https://t.co/kKtP1TXasd

Expires: 3004D 08H 39M
New customers only, bet up to £20 on the Exchange and if your first bet loses, we’ll refund you £20 in Cash. Bet must be placed in first 7 days of account opening. T&Cs apply. Payment restrictions apply. T&Cs apply 18+ONLY |BeGambleAware/ Bet Responsibly. This is an advertisement.