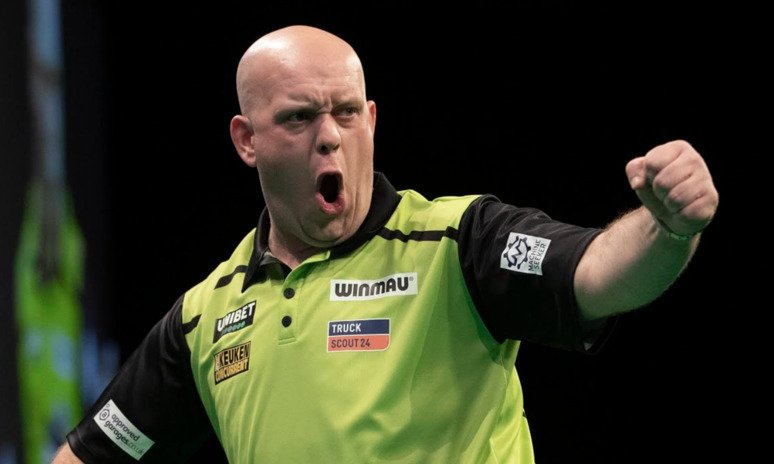 The Dutch venue should serve inspire Michael van Gerwen and its is not difficult to envisage him using home advantage to steamroller three consecutive opponents and win his third nightly final.

However, as we saw with Gary Anderson’s shock victory last week, there are no good things in Premier League Darts. Anderson’s return to form could not be predicted but it was underlined with an appearance in a Pro Tour final on Saturday.

The Scot now sits sixth in the Premier League table two points ahead of bottom-placed Joe Cullen. This pair meet on Thursday and despite their Premier League stats mirroring one another in almost every aspect, Anderson’s momentum makes him the strong match fancy at 8/11 with bet365*.

Here’s how the 2022 @CazooUK Premier League table shapes up heading into Night 7 in Rotterdam!

We’ve had five winners in six weeks… will we have another new winner this evening? pic.twitter.com/hCUyOMuFWQ

Wright Has the 180 Stuff

The opening game on the card – due to start at 7.15pm – sees Peter Wright face off against James Wade. The reigning World Champion is 4/9 to win the match. But the best bet comes in the 180s market where Wright can be backed at 4/6 with bet365* to register more than 2.5 180s.

Wright tends to post more 180s in the matches where he is not in a dog fight and, with an easy victory predicted, he may showboat the Dutch crowd with an exhibition of big scoring.

Wright sits second in the current league standings and he has registered 32 180s to-date. That is a rate of 2.66 per-match – and further reason to support him to register 2.5+ on Thursday night.

Gerwyn Price is favourite to beat Jonny Clayton despite sitting beneath his rival on the Premier League standings. This duo, who are friends and teammates, are yet to meet in the 2022 Premier League but with Price’ hand injury giving us niggling doubts, we are opting for the conceived underdog.

To play safe, the handicap giving Clayton 1.5 legs is our best bet option at 4/6 (bet365*). A 6-5 defeat will be good enough to collect from this bet. As these players boast an identical 38% checkout ratio during the Premier League, this is likely to be a close-run contest.

Expect a 180s Exhibition from MVG

MVG is posting more 180s than ever. In previous years he was never afraid to resort to the treble-19 after posting a pair of treble-20s.

* Premier League Darts odds correct at the time of writing. Subject to changes.

Expires: 3004D 07H 9M
New customers only, bet up to £20 on the Exchange and if your first bet loses, we’ll refund you £20 in Cash. Bet must be placed in first 7 days of account opening. T&Cs apply. Payment restrictions apply. T&Cs apply 18+ONLY |BeGambleAware/ Bet Responsibly. This is an advertisement.