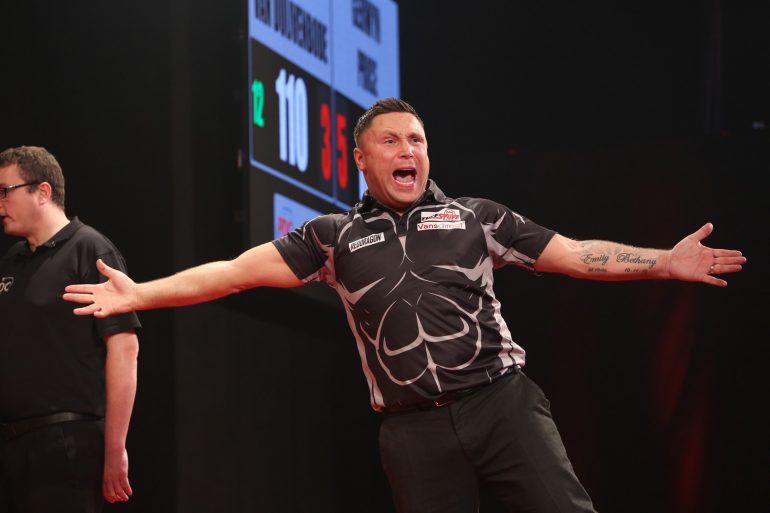 Peter Wright was pummelled 7-1 by Gerwyn Price but the Welshman showed that was no fluke by winning the Belgian Darts Championship at the weekend. Averaging over 100 in three of his five matches there and beating Michael Smith 8-3 in the final, he’s very much an in-form darts player.

Daryl Gurney, who is yet to win a match, has some dreadful figures. His highest checkout is just 96 and a checkout percentage is currently 32.6 and he sits bottom of the league with a single point.

Rob Cross has lacked consistency for the best part of a year but he’s won at least five legs in all of his Premier League matches to date and that means this could be a dog fight which may ‘go long’. A 6-6, 7-5 or 5-7 score-line is very possible here and at 6/5 it’s our opening Premier League Darts bet for Night 5.

🦸‍♂️Tomorrow, Daryl Gurney takes on Rob Cross in search of his first win in this year’s Unibet Premier League.

Can Daryl pick up two points in a bid to make it to Belfast?

Price looks a good thing to win given his fine form but the even-money him posting more 180’s than Durrant is outrageous value and nap material.

The underdog has only registered five maximums in his four Premier League Darts matches so far but our fancy has posted nine. Furthermore he threw five of them in Sunday’s victory over Smith in the Belgian final.

Wright was woeful last week despite showing fine form beforehand.  That bump in the road means Aspinall has been more consistent in this contest and he was a Belgian Darts Championship semi-finalist at the weekend where he landed a 167 checkout.  The only player to register a 170 finish in the Premier League and the only player to beat Van Gerwen, 6/4 looks too big about ‘The Asp’ on this occasion.

Hear from reigning UK Open Champion Nathan Aspinall as he spoke to tournament sponsors @Ladbrokes about his success last year!

No invited challenger has ever won a Premier League match to date so Luke Humphries, at a top-priced 13/5 (3.60) (Boylesports), looks plenty short enough. But it’s the 180’s betting markets where we are heading as Gary Anderson has been impressive with his treble-20’s scoring clocking up thirteen of them in the competition to date.

Gary Anderson is pretty reliable so that touch around the treble-20 is unlikely to suddenly desert him and I fancy he will ‘win’ this particular battle against this week’s breeze-in.

Michael Smith sent the Dublin audience into euphoria with a nine-darter last week and that fine form stayed with him at the weekend when he eliminated MVG from the Belgian Darts Championship with a 6-5 verdict on Sunday.

He may not have reached the final but he registered some deadly checkout percentages beating, amongst others, Peter Wright on Sunday.

A clearly resurgent player, Michael Smith could push MVG a lot closer than many think tonight (and even beat him for the second time in four days) and you have to like him on the handicap.

* Premier League darts odds correct at the time of writing

Expires: 3004D 08H 42M
New customers only, bet up to £20 on the Exchange and if your first bet loses, we’ll refund you £20 in Cash. Bet must be placed in first 7 days of account opening. T&Cs apply. Payment restrictions apply. T&Cs apply 18+ONLY |BeGambleAware/ Bet Responsibly. This is an advertisement.