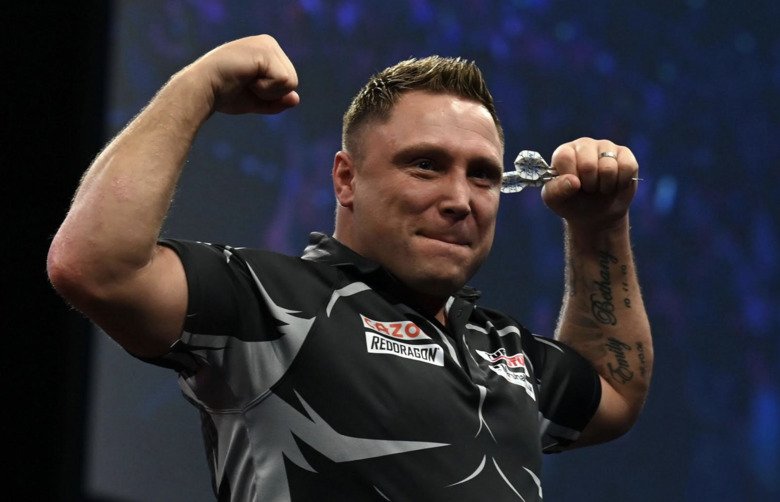 Last week Gerwyn Price pulled out of Brighton’s Premier League Darts card due to a hand injury. At the weekend, Peter Wright withdrew from the German Darts Championship at the quarter-final stage citing back pain.

If you intend to back either of these two players on Thursday night, you are advised to only do so only when getting confirmation your selection is fully recovered. Even then, with a far from fine preparation, either could under perform on the night.

Gerwyn Price and Peter Wright have confirmed that they will compete in the Cazoo Premier League in Nottingham on Thursday.

Wade into Smith confrontation being short on 180s (7.10pm)

Michael Smith did progress to the final in last week’s Premier League Darts in Brighton, but his figures remain poor. Many believed – as he did in the World Championship – he would be topping the tables for 180 scoring.

He is not, he is averaging considerably less than three per-match. Thursday’s opponent, James Wade is averaging below two. So just how the bookmakers came up with a Over/Under betting line of 5.5 match 180s is bewildering.

There is no danger about Michael van Gerwen under-performing. He has won the last two Premier League Darts nights and scored again when five consecutive victories earned him the German Darts Masters on Sunday.

A confident and in-form Michael van Gerwen is a formidable opponent and there is every chance he can spank Gerwyn Price in Thursday night’s second match. We fancy he will win on the handicap market where he concedes 1.5 legs.

Considering the 11 Premier League Darts matches van Gerwen has played have resulted in him winning 26 more legs than he has lost, the bet makes perfect sense. That is before factoring-in Price’s hand injury. At Betfair’s 5/4, this is definitely an overpriced proposition.

Of course, Michael van Gerwen is a five-time Premier League winner. If he can maintain the form he has displayed over the past fortnight, that could become six-time. He is 5/2 to win the competition again in 2022. bet365 offer 11/10 about him topping the league table.

The Dutchman currently heads the point standings with 14 points, Gerwyn Price and Jonny Clayton are disputing second with 10 points each. However, it must not be forgotten only five nights have been played and that means there is another 11 nights of action before we reach the playoffs.

Expires: 3004D 07H 4M
New customers only, bet up to £20 on the Exchange and if your first bet loses, we’ll refund you £20 in Cash. Bet must be placed in first 7 days of account opening. T&Cs apply. Payment restrictions apply. T&Cs apply 18+ONLY |BeGambleAware/ Bet Responsibly. This is an advertisement.