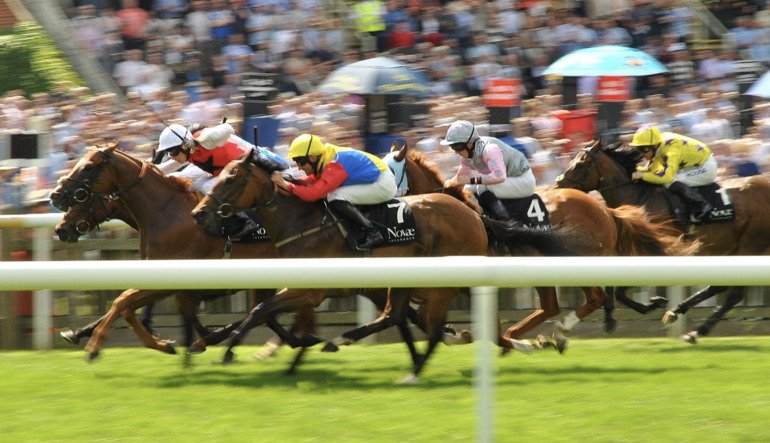 Did we see a Classic winner at Newmarket this week? What did you make of the Craven meeting at Newmarket? Think we saw a Guineas winner? Read all our thoughts below and keep scrolling to the bottom for our big Rachael Blackmore bet that you’d be foolish not to take.

What Do the Racing Stats Say?

Speciosa was the last filly to win the Nell Gwyn Stakes and double-up in the 1000 Guineas, that was in 2006.

But forgetting those recognised Guineas trials, you could not fail to have been impressed by Mutasaabeq who scored in a hot conditions race by six lengths accounting for O’Brien trained and Godolphin owned horses.

Now unbeaten in two starts and out of a 1000 Guineas winner, Ghanaati, this colt looks very talented.

He needs to be supplemented for the 2000 Guineas and trainer Charlie Hills hinted post-race that he’s not overly fussed about running his horse in the season’s first classic. Wherever he goes next, Mutasaabeq looks like a serious racehorse.

The betting firm is very different to what it once was, that being a ground-breaking betting exchange but it matters none. They may now feature a traditional bookmaker site as well as a casino and poker room but the exchange remains and it is still one of the most exciting ways to bet.

On Wednesday night one or two (maybe more) punters collectively landed a right old touch on Fantasy Believer in a mile handicap. Placing their bets ‘in running’ a total of £13 was placed on the horse at odds of 999/1.

An 8/1 shot at the off, the horse was still around six lengths adrift of the field at the home bend after being badly left in the starting stalls. Clearly many, particularly the layers, believed his chances were hopeless. Not so, a sustained run from two furlongs out saw him lead inside the final furlong an eventually score by three-quarters of a length.

Incidentally recall how we highlighted the form of the Sir Michael Stoute yard last week? He had trained the winner of the preceding race 30 minutes earlier. This one, Ransom, was ridden by a 5lb claimer called Mark Crehan.

Keep a good eye on Crehan, he’s a boy going places and the leading trainers know it. In the past few weeks he has had rides for a lot of high-profile trainers and to a £1 level-stake on his mounts, so far this season you would be winning over £30.

Bolton is my Weekend Horse Bet

On Saturday Mark Crehan is booked to ride a horse which is doubly entered. Old timers will always tell you that’s a good sign. The horse in question is Bolton Abbey who was entered in the 4.40pm at Nottingham or 4.55pm at Brighton. In the end connections have decided to head to Nottingham where the tissue prices have him around the 7/2 mark.

I’m backing this unraced two-year-old as he is trained by George Boughey and when he has booked Crehan during the past fortnight the result has been two winners and a narrowly beaten second.

Rachael Blackmore to Get Recognition From the BBC?

No Irish sportsperson has ever won the ‘BBC Overseas Personality of the Year’ award and the last jockey to win it was back in 1967 when George Moore (from Australia landed) the title.

However, the voting/selection criteria changed in 2015 (as has the name and it is now called the ‘BBC World Sport Star of the Year’) meaning you can rip-up the form books, head to BoyleSports and smash their 7/4 about Rachael Blackmore collecting the award into the proverbial jigsaw puzzle.

While her outstanding successes at the Cheltenham Festival will not have registered with voters, victory in the Grand National was an absolute game-changer and not backing her at 7/4 can only be described as immoral.

Horse racing needed a hero after what was the most challenging year it has ever faced. Rachael Blackmore has stepped up to the mark and delivered results at Cheltenham and Aintree that feel incredibly important for the sport in the broadest sense. Today was simply sensational. pic.twitter.com/6aSwBmljQG

* Betting odds quoted were correct at the time of writing. All odds are subject to change.