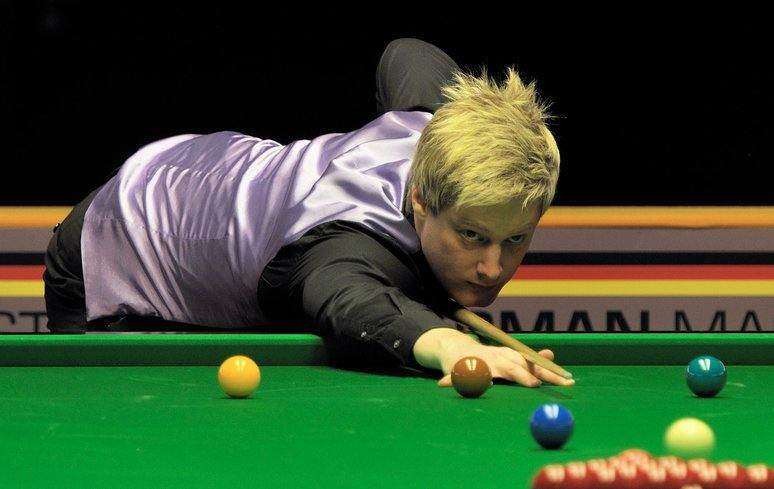 As usual the Chinese players are prevalent, the country has no less than 13 players amongst the large 64 runner field. But despite their numbers, winning tournaments is not something the Chinese do. To date only Ding Junhui and Liang Wenbo have ever won a ranking tournament. Junhui has 13 trophies, Wenbo just the one.

Neither Chinese player is competing this weekend and some high profile players are missing – there is no Judd  Trump, John Higgins, Ronnie O’Sullivan, Barry Hawkins, Shaun Murphy or Stephen Maguire in the line-up.  Some of the sports other ‘big names’ will be in Riga but they are not yet in the final-64 of the Masters draw. Defending champion Neil Robertson (4/1), Mark Selby (6/1) and Mark Williams (8/1) are all scheduled to play in qualifying matches on Friday.

Hold fire – you could miss

If you intend to back one of those three players above, the advice is to hold fire until they have safely earned their position in the main draw. But given their prices – combined they take almost 50% of the book – these three Riga Masters 2019 betting market principles are not for us.

We have no idea what any player has been doing during the past few months. They could have lived on the practice tables and have been smashing in 147’s for fun. Or they could have been laying on a beach and their A-game is currently residing in the locker room. Mark Williams made little secret he did the latter for much of last summer after winning the 2018 World Snooker Championship.

Our snooker betting algorithms have come up with 5 contenders all at stonking prices, the shortest of which being last year’s beaten finalist Jack Lisowski (14/1 BetVictor).  The others are:

A few small money plays on these can yield a big dividend and no major harm can be done.

But it is the opening round matches where the money could be made and there is a standout bet in a match scheduled to start at 3pm on Friday. It features Lyu Haotian v Luca Brecel.

Luca Brecel has played this tournament three times and he was a first round defeat in 2018 and 2016, in 2017 he exited in his second match. Last season he had a heap of first round exits and while clinging on to his top-16 ranking, he’s doing little to excite.

Conversely Lyu Haotian is on his way up. A final table appearance in the Indian Open and run to the semi-final of the China Championship has seen him make the world’s top-32 and the Sheffield-based youngster is notorious for his dedication on the practice tables.

Snooker odds of 13/8 are available about the 21-year-old Chinese player to win over at bet365*. He should be a lot nearer evens.