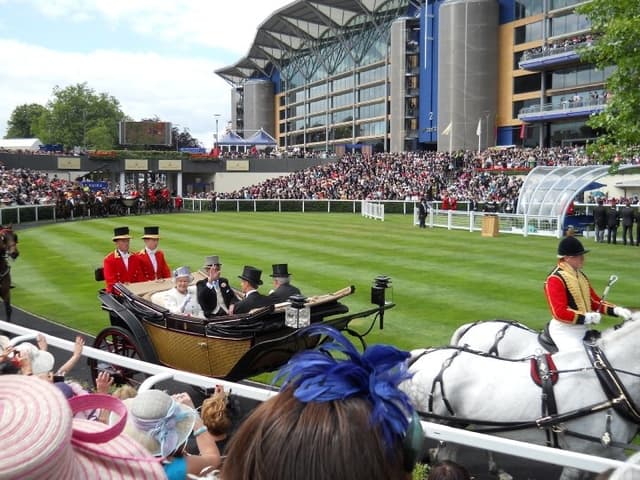 Despite the best efforts of the Covid-19 pandemic Royal Ascot 2020 betting goes ahead as planned although the premier flat racing fixture has had to undergo some small tweaks in its’ schedule.

And like other horse race meetings to have taken place since racing’s resumption on June 1st the full fixture will take place behind closed doors with this year’s Royal Ascot 2020 betting bonanza getting underway on Tuesday 16th June.

The main changes have seen some races moved from traditional slots to take up positions on other days of the festival, while there have been a couple of casualties although these have been replaced. There will still be a full five days’ racing and all eight Group One races will go to post alongside stalwarts such as the competitive Wokingham Handicap and the Britannia Stakes.

The final list of entries for Royal Ascot’s five-day extravaganza is yet to be finalised and indeed some races haven’t yet opened for entry. That doesn’t stop us taking a look at some of the big prizes that will go to post during 2020 Royal Ascot and we pick out a few horses to consider assuming they turn out at the season’s premier flat racing fixture.

Trying to contain your excitement while telling your friends that #RoyalAscot is only 2 days away! 😬

The flying five furlongs could be all about BATTAASH who would likely prove hard to beat at his best, especially if the ground comes up quick. Charles Hills’ star sprinter has yet to taste success at Ascot in three attempts and the highly-strung Dark Angel gelding sometimes has a tendency to boil over in the preliminaries which can compromise his chances.

He did much better last term, breaking his York hoodoo in the Nunthorpe before floundering in the mud in the Prix de l’Abbaye and if at his best he ought to go close. He’s currently very short odds for success however and so there could be value to be had elsewhere in the Royal Ascot 2020 betting for this Group One.

HEADMAN progressed well last term, winning three times which included a pair of Group Two contests in France prior to being seated at the top table for a crack at the Irish Champion Stakes.

Roger Charlton’s charge wasn’t disgraced in finishing fifth in that contest, beaten just over three lengths behind the top-class Magical where he wasn’t helped by a slow start and he might just have used up too much energy to get into a challenging position before fading having been forced to race wide.

That was a better run than the finishing result suggests and he’s sure to progress this term so it would be unwise to write him off given he remains with potential and the Kingman colt could take high order this term in the middle distance division.

Kew Gardens downed STRADAVARIUS in the Long Distance Cup on Champions Day last October, but the latter could gain revenge as he seeks a third straight Gold Cup success and John Gosden’s charge will arrive fit from a spin in the recent Coronation Cup at Newmarket.

The Sea The Stars entire saw an unbeaten ten-race streak halted on the Ascot turf last October and he probably needed the run on his return over the inadequate trip of the Coronation Cup where he finished five lengths behind the impressive Ghaiyyath.

He’ll be sharper as a result of that spin and the likelihood of quicker ground at Ascot will play more in his favour than the softer conditions encountered on his last visit here. Despite recent defeats he remains the one to beat in Thursday’s main event and a third Gold Cup is certainly within his grasp.

Karl Burke looks to have a useful prospect on his team in the shape of DANDALLA who made a really nice first impression when winning at Newcastle earlier in June, readily beating Navajo Springs by two lengths and the daughter of Dandy Man could improve markedly on that first run.

She travelled well throughout that contest, readily quickening up to score in impressive fashion and while the bare form may not amount to a great deal she looked a potentially smart recruit.

She’ll have to replicate that performance on turf if she’s to double up her tally assuming she takes her chance at Royal Ascot, but she could well have more to offer and she could be one to follow this campaign given her scope for improvement.

Wesley Ward’s runners at Royal Ascot always command respect and the United States handler’s KIMARI could prove a hot property in the Commonwealth Cup on Friday.

The Munnings filly has won three of her five starts to date including a valuable contest at Keeneland in October and she ran better than the result when finishing a close fourth to Four Wheel Drive in the Breeders’ Cup Juvenile Turf Sprint where she was perhaps just given too much to do but finishing strongly from off the pace.

She’s no stranger to Ascot and she found only Raffle Prize too strong when contesting last season’s Queen Mary Stakes and she could well be capable of going one place better this term to earn her trainer further Royal Ascot success.

Little should be read into PINATUBO’s reversal in the Qipco 2000 Guineas at Newmarket on his return to action recently and Charlie Appleby’s star can quickly regain the winning thread.

Last season’s top juvenile where he won all six races including a brace of Group One contests lost no caste in finishing third in the season’s first Classic at Newmarket where he was beaten just over one length behind Kameko.

There’s a suspicion that run was needed and while the outing didn’t conclusively prove he got the one mile of the Guineas trip – and so would have similar stamina concerns here – he didn’t appear to be losing ground on the winner which offers hope this trip is within his range.

He’ll come on for that run and while Royal Ascot may come plenty soon enough for him just two weeks on following those Guineas exertions he remains one to be positive about that he can quickly bounce back.

ONE MASTER ran a blinder to finish runner-up behind Donjuan Triumphant in the British Champions Sprint last October and William Haggas’ charge could go one better returning to this venue if contesting this Group One prize.

The Fastnet Rock mare has proven herself to be a very versatile performer, winning on a range of underfoot conditions and distances including when successful over seven furlongs on good ground at Longchamp to take the 2018 Prix de la Foret and she continued to perform with plenty of credit at a high level last term, including going down only by a neck to Veracious in the Falmouth Stakes and one length behind Lord Glitters in last season’s Queen Anne Stakes.

Softer ground might ideally suit her given most of her winning form has come in the mud and she might find this trip on quicker ground possibly too sharp a test. But she doesn’t know how to run a bad race and could be an interesting Royal Ascot 2020 betting tip if taking her chance.

Expires: 442D 11H 35M
New customers only, bet up to £20 on the Exchange and if your first bet loses, we’ll refund you £20 in Cash. Bet must be placed in first 7 days of account opening. T&Cs apply. Payment restrictions apply. T&Cs apply 18+ONLY |BeGambleAware

New Customers only. Deposit, opt in and place a £5 qualifying bet at odds of 2.00 or greater within 7 days of opening a new account; excludes cashed out bets. Receive 2x £10 Free Sports Bets, valid on set events only at odds 2.00 or greater, expires in 7 days, plus a £10 Casino Bonus, not for Baccarat, expires in 7 days. Wager the Casino Bonus 35x to withdraw winnings, game weighting: Slots/Instant Win:100%; Roulette/Table Games/Video Poker:20%; Blackjack:10%. Card Payments only. Geographical Restrictions and Full T&Cs apply 18+ONLY /BeGambleAware See Details Below| Please Gamble Responsibly

New Customers only. Deposit, opt in and place a £5 qualifying bet at odds of 2.00 or greater within 7 days of opening a new account; excludes cashed out bets. Receive 2x £10 Free Sports Bets, valid on set events only at odds 2.00 or greater, expires in 7 days, plus a £10 Casino Bonus, not for Baccarat, expires in 7 days. Wager the Casino Bonus 35x to withdraw winnings, game weighting: Slots/Instant Win:100%; Roulette/Table Games/Video Poker:20%; Blackjack:10%. Card Payments only. Geographical Restrictions and Full T&Cs apply 18+ONLY /Full T&Cs apply 18+ONLY /BeGambleAware /Bet Responsibly 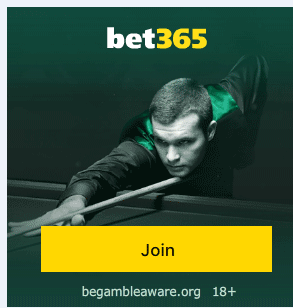 Extra-time Could be on the Cards Between Wolves & Sevilla in Europa League Wolverhampton Wanderers and Sevilla battle it out in a one-off match...

F1: Mercedes to Start the Spanish GP Weekend Well Lewis Hamilton may have won the past three Spanish Grand Prix but it is his...

The 2020 Betfred World Matchplay begins on Saturday at the Marshall Arena, Milton Keynes, as Michael van Gerwen begins his bid for a third...

The Professional Darts Corporation can confirm that the 2020 Betfred World Matchplay Darts will not take place at the Winter Gardens in Blackpool this...