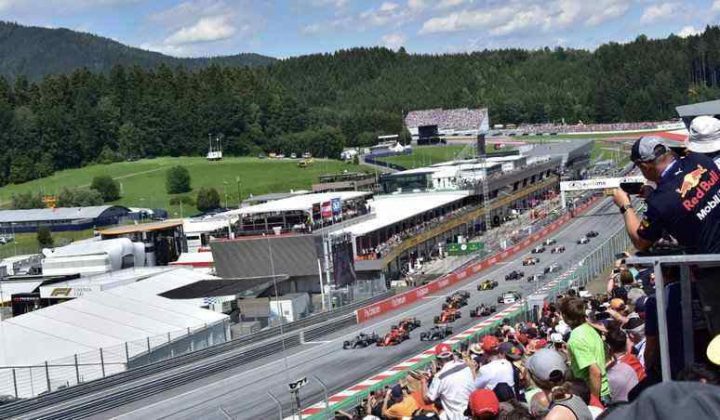 Formula 1 Austria 2020 Take 2 – More of the Same on the Reliability Front?

We learned a great deal from last weekend’s Grand Prix in Austria. The Mercedes is head-and-shoulders above its rivals, on-track overtaking at this circuit between cars matched within a second per-lap of one another is very difficult, and many teams are struggling with reliability issues.

In total eight cars failed to finish the race last week, yet none were involved in a collision. The Red Bull Ring, where we race again this weekend, collectively managed to claim victims for reasons ranging from overheating, to brake-failure. Electronic and suspension failure were other excuses and for the most part the guilty finger was pointed at the circuit’s unforgiving kerbs.

With slightly cooler temperatures predicted and a post-it note stating ‘avoid kerbs at all cost’ sure to be on every drivers locker door at the weekend, it’s unlikely so many cars will fall off the track this Sunday and at 2/1 we much prefer a forecast of 16 or 17 race finishers which would be in keeping with the historical data from this circuit.

The first retirement might well come from the Haas team as they were one of just two teams to endure a ‘double retirement’ last weekend and both of their DNF’s came via brake failure.

Brakes can be a difficult issue to resolve on a F1 car even at the best of times and as both their week 1 retirements came relatively early in the race, Haas’ issues could be deep -seated.

First car retirement to be a Haas 9/2 William Hill

Perez to Finish in Top-6 Again?

Lewis Hamilton had this race won last weekend until a three-place grid penalty was imposed just before the race start. Alas the world was watching and he is now even-money to take the glory on Sunday.

If you are prepared to play a ‘shortie’ we would not put you off the Brit but a better play has to be Sergio Perez to finish in a top-six position. The Mexican was in third towards the latter stages of last weekend’s race and despite a time-penalty for speeding in the pit-lane he still managed to make the top six of the official standings.

A wonderfully consistent driver, who finished in the ‘points (a top-10 finish) 25 times from 27 starts in 2016-2017, with anything like a clear run he will surely land his Racing Point car in the top-six for a second consecutive week.

FP1 REPORT: @SChecoPerez is fastest out of the blocks at the Styrian Grand Prix weekend 🚀#AustrianGP 🇦🇹 #F1https://t.co/1AY2iLjfIC

Expires: 9D 02H 59M
New customers only, bet up to £20 on the Exchange and if your first bet loses, we’ll refund you £20 in Cash. Bet must be placed in first 7 days of account opening. T&Cs apply. Payment restrictions apply. T&Cs apply 18+ONLY |BeGambleAware/ Bet Responsibly. This is an advertisement.