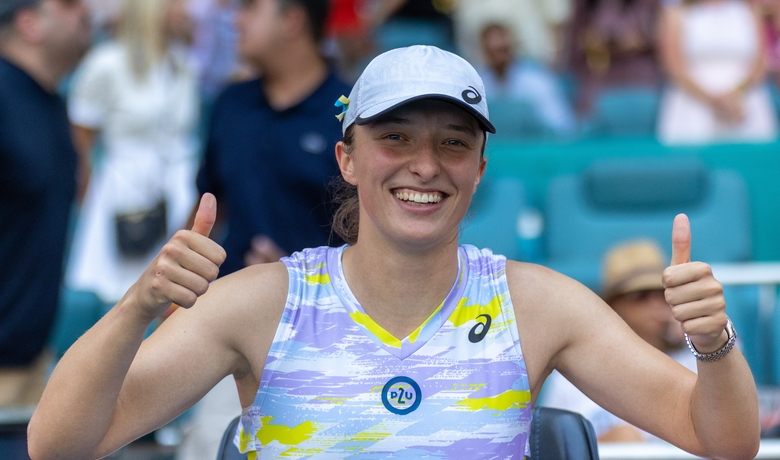 The 2022 French Open is scheduled to take place from 22 May to 05 June at the Stade Roland Garros in Paris. Here you will find the latest French Open betting odds along with our French Open tennis betting predictions for 2022.

The Men’s event sees Novak Djokovic looking to defend the title he won last year (defeating Stefanos Tsitsipas 6-7, 2-6, 6-3, 6-2, 6-4 in the final) but, as ever, it is RAFAEL NADAL who goes into the tournament as the favourite at best odds of 11/8 with BoyleSports.

Nadal has not only won the French Open on an astonishing 13 occasions already, but he also has an incredible win record of 90% on clay courts. In addition, he also won a record 21st Grand Slam singles title when (against most expectations) he was victorious at the Australian Open earlier in the year.

Djokovic, who was unable to defend his Australian title after he was deported from the country for not being vaccinated against COVID-19, is seen as Nadal’s main challenger in Paris at odds of 9/4 with William Hill.

At the time of writing, Djokovic has played only one tournament so far in 2022, where he lost to Jiri Vesely at the quarter-final stage of the Dubai Championships. At the beginning of March, Djokovic also announced that he and coach Marian Vajda were splitting after 15 years together. The Serb World No. 1 still has time to regain form and match fitness, but it’s a definite risk backing him as things stand.

Does @DjokerNole have long covid? He used to be considered very fit w/ amazing endurance. This is 2nd tournament this year he says he ran out of gas. And it’s only best of 3 set matches! How’s he going to do in best of 5 set matches at the French Open? https://t.co/UKTIrvpSrx

Next up in the betting is the 18-year-old Spaniard Carlos Alcaraz, who recently won the Miami Open. He’s also won the Rio Open and reached the semi-final of the Indian Wells Masters before going down to Nadal this year. Alcaraz clearly has a big future and can be backed at 4/1 with Betfair to win the title in Paris. Those French Open odds look a little on the sort side at this point in his career, but he could certainly go a long way at Roland Garros.

Last year’s runner-up, STEFANOS TSITSIPAS (ew), is available at 13/2 with William Hill to go one better on this occasion. The Greek 23-year-old was a semi-finalist for the third time at the Australian Open earlier this year and had a good record on clay. He could potentially be the biggest threat to Nadal.

There’s something of a gulf in the Men’s French Open betting after the leading quartet, with Alexander Zverev at 16/1 with bet365* and Dominic Thiem at 16/1 with BoyleSports being the next names in the market.

Zverev has a relatively modest record on clay, while clay court specialist Thiem only returned to tennis after a seven-month injury lay-off at the Marbella Challenger in March, where he lost in straight sets to the Argentinian Pedro Cachin in the 1st round.

Thiem then pulled out of the ATP Masters tournament in Monte Carlo and returned home to Austria after testing positive for COVID-19. Backing him to come good in Paris looks a decidedly risky move.

Daniil Medvedev can be backed at 20/1 with William Hill, but he’s no fan of clay and has never gone beyond the last eight in Paris. The fact that he’s a Russian player also makes his involvement in the tournament open to question at this stage.

Selecting the winner of a Grand Slam in women’s tennis tends to be a lot more difficult than in the men’s game and last year’s French Open was no exception, which resulted in a surprise winner as the Czech Barbora Krejcikova (ranked 33) defeated Anastasia Pavlyuchenkova (ranked 32) 6–1, 2–6, 6–4.

With the unexpected retirement of World No. 1 Ashleigh Barty after winning the Australian Open this year, the favourite for the French title is the 2020 winner, IGA SWIATEK at odds of 11/4 with William Hill. The 20-year-old Pole has had an excellent 2022 to date, with a semi-final appearance at the Australian Open before losing to Danielle Collins, before tournament wins at the Qatar Total Open, Indian Wells Masters and the Miami Open. Swiatek is the current World No. 1 and is a very worthy favourite to claim a second French title.

The second favourite in the betting is Simona Halep at 7/1 with BoyleSports. The 30-year-old Romanian has been a leading player in women’s tennis for the best part of a decade now, but still has only two Grand Slam titles to her name (including the French Open in 2018).

The defending champion, Krejcikova, is third in the betting markets at odds of 10/1 with Betway. The 26-year-old reached the quarter-finals at the Australian Open, so has some reasonable form behind her.

GARBINE MUGURUZA (ew) won the French title in 2016, has been a losing semi-finalist once and a quarter-finalist twice. At the available tennis odds, she could be worth an each-way interest.

The betting then goes:

* French Open tennis betting odds 2022 correct at the time of writing. All tennis odds are subject to constant changes.