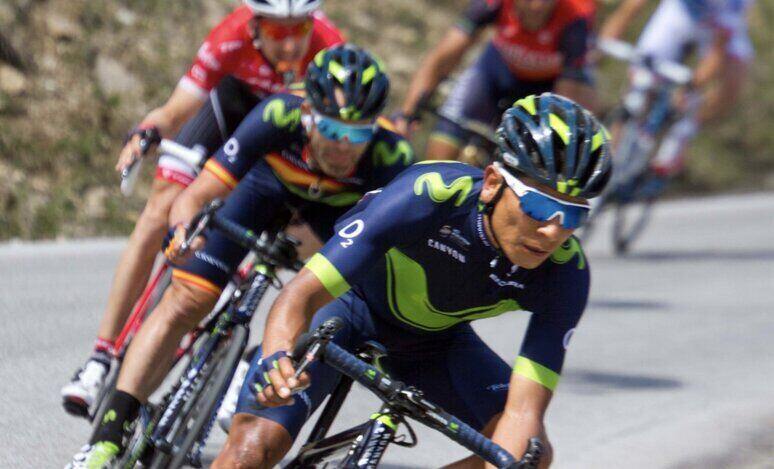 On Monday, after nine stages had been completed, the riders in the 2020 Tour de France took their first rest day. There will be a second and final rest day next Monday and the race will conclude on Sunday 20th at its usual finishing point, the Avenue des Champs-Élysées in Paris. Keep scrolling for our Tour De France 2020 betting tip below.

Primož Roglič began the competition as the bookies favourite and now, leading the competition by 21sec he is into 8/11 (top-priced at Betfair Sportsbook). But there is still 1,200 miles to be ridden and vitally there are five mountainous stages ahead.

Unusually the 2020 Tour features just one time trail and this time around it features 22.5 miles of mountainous roads. It’s scheduled for the penultimate day of racing and we believe it could prove to be Roglič’s Waterloo. And the guy that could be capable of spoiling the Slovenian’s party is Nairo Quintana, one of four Columbian riders in the current top-10.

Quintana had a troubled preparation prior to the start of the tour – losing ten days of riding following a collision with a car – but he looks every part as good as he was in 2013, 2014 and 2016 when he made the Tour de France podium for three consecutive years (not contesting the race in 2015).

‘All the right signs are there’ says Nairo Quintana of Tour de France form | Cyclingnews https://t.co/w820pJPYZa

A move to the Arkéa–Samsic team at the start of the current season following seven years with Moviestar has done him no harm but it is the lack of time trials which really draws him to us. The light framed Quintana has never been good in traditional time trials as he is simply not designed for them but few are better equipped for a sprint uphill.

Entering week 2 of proceedings in fifth place overall – 32sec behind the yellow jersey but only 11sec adrift of second placed Egan Bernal – our fancy can be backed at 20/1 with bet365 sportsbook* which makes him a knockout each-way play.

According to the Tour de France bookies the ‘Points Classification’ or ‘Green Jersey’ is a match between Ireland’s Sam Bennet (available at even-money) and Peter Sagan. We disagree making Sagan, who can be backed at 6/5, a strong favourite.

Sagan has won 12 staged of the Tour during his career and has taken the Points Classification for seven of the past eight years. Bennet, just a year younger than his rival, cannot hold a proverbial candle to these credentials and already trials Sagan by seven points the 2020 Green Jersey table.

With a strong Bora–Hansgrohe team around him and arguably unlucky not to have won Stage 7 of the 2020 Tour – when a dropped a chain in the sprint for the line cost him dearly – the man with the form in the book is surely the one to be on.

Peter Sagan to win the points classification – 6/5 at BetVictor

* Tour de France betting odds correct at the time of article first publication. All prices are subject to fluctuation.

Expires: 42D 05H 1M
New customers only, bet up to £20 on the Exchange and if your first bet loses, we’ll refund you £20 in Cash. Bet must be placed in first 7 days of account opening. T&Cs apply. Payment restrictions apply. T&Cs apply 18+ONLY |BeGambleAware/ Bet Responsibly. This is an advertisement.