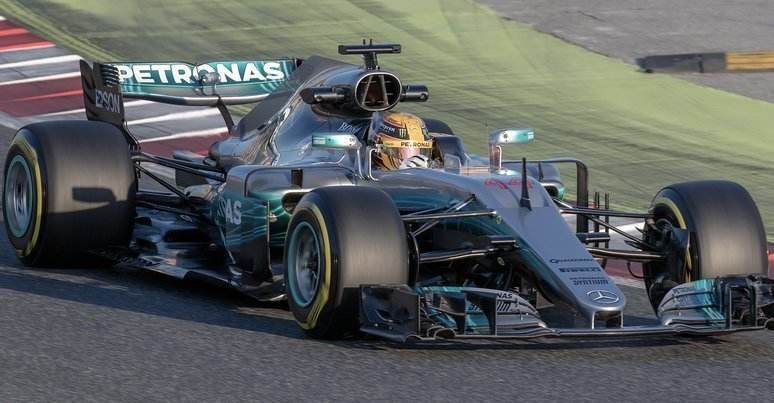 Dominant Lewis Hamilton to Make it Six in Texas

Lewis Hamilton will land his sixth Formula 1 World Championship title at the US Grand Prix (at the Circuit of the Americas in Texas) this weekend baring biblical intervention.

Hamilton on ‘good hunting ground’ at US Grand Prix https://t.co/aZv6jy0Dqx

The only possibility of the competition remaining open until the Brazilian Grand Prix is Valtteri Bottas winning Sunday’s race and the Brit to finishing lower than eighth. But this race has been staged seven times and Lewis Hamilton has won it on five occasions. So it’s very unlikely he will drop the ball on Sunday and he will be in many US Grand Prix betting picks to win this week.

However, at F1 betting odds of just 15/8 (2.88) at William Hill bookmakers, Lewis Hamilton is not outstanding betting value for the race win. The planets lined-up for him nicely in Mexico last weekend and he also had good fortune when claiming the race victory in Russia. These are the only two races he has won amongst the last six races.

A better F1 betting proposition is for Max Verstappen to ‘podium’ in this race for a second consecutive year. He was the star of this race last season, finishing second beaten just 1.2sec despite starting in 18th. And he was equally impressive in Mexico last weekend – finishing sixth despite trailing the field by an enormous margin after the opening lap when suffering from a puncture.

A winning margin of 4sec or less looks a good Formula One bet this week. The Circuit of Americas may have a knack of spacing out the field with just a handful of cars finishing on the lead lap, but the leading cars rarely race to the line.

Five of the last six races during the current season have been won by less than 4sec, and the 2015 and 2018 US Grand Prix winners scraped home by a narrow margin.

A safety car has only been needed twice since this race was first staged in 2012. Indeed accidents are rare at this circuit but attrition rates are high (on an average). Only 77 of the 100 drivers that set out over the last five U.S. Grand Prix have completed the requisite 90 percent of the race distance to be classified as finishers.

But, as the F1 betting markets on these two look to be in line with the historical stats, investing in the ‘Grid Position of the Winner’ market might be a better option. Only three of the previous seven US Grand Prix winners have started from pole position. Three others have started from second and one from third. This season two of the last ten Grand Prix winners have started on pole and, in contrast to what we have become accustomed to, only five of this season’s 18 races went to the driver starting from the front.

Remarkably more of this year’s winners have started from third than from first, so why not take some of bet365’s* 10/3 (4.33) about Sunday’s winner starting from third or fourth on the grid.

* US Grand Prix betting odds correct at the time of writing