Free tips Golf Betting: US Open 2022 Preview, Odds & Picks – Will Zalatoris Could be Great Each-way Bet at US Open 2022 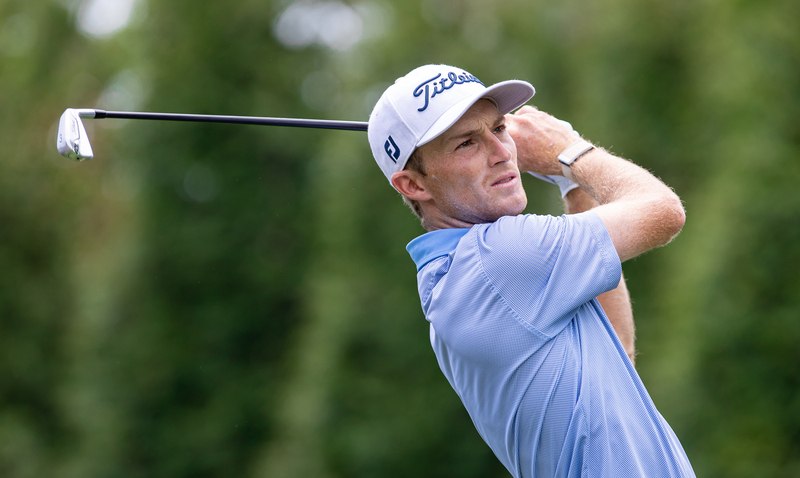 The US Open 2022 takes place at the Country Club in Brookline, Massachusetts from Thursday 16 to Sunday 19 June.

This will be the fourth US Open to be held at The Country Club. On all three previous occasions, the winner was decided in 18-hole playoffs – Francis Ouimet (1913), Julius Boros (1963) and Curtis Strange (1988). Keep scrolling for the latest golf betting odds on the leading contenders and our US Open 2022 betting tips and predictions.

This year’s course will be 7,264 yards, with the emphasis being on hitting fairways, avoiding the dense rough, and controlling approach shots to the small and undulating greens.

Rahm birdied the last two holes to finish on 278 (-6), one shot ahead of the South African Louis Oosthuizen. Two strokes further back in third place was the American Harris English, with Brooks Koepka, the Italian Guido Migliozzi and Collin Morikawa tied for 4th a further shot back at –2.

The weight of expectation at the #USOpen makes the glory that much sweeter. @dariusrucker pic.twitter.com/sPzlACF84i

The favourite leading up to this year’s championship is Scottie Scheffler at 12/1 with 888sport.

Scheffler is the current No. 1 ranked player in the world and won four tournaments earlier this year, including the coveted green jacket at the Masters. A recent temporary dip in form (including missing the cut at the PGA Championship) was addressed when he finished runner-up to Sam Burns in the Charles Schwab Challenge.

Rory McIlroy is a 14/1 chance with William Hill, while the defending champion Jon Rahm can also be backed at odds of 14/1 with Betfair. McIlroy won the first of his four majors at the US Open at Congressional in 2011, with the then 21-year-old finishing eight shots clear of the field. It’s now eight years since his last major though.

Rahm was a contender at last year’s tournament, but eventually faded to tie for 7th place. McIlroy was also in contention for the 2021 U.S. Open at Torrey Pines but faded away during his final-round back-nine, finishing T7. He led the way in the first round at this year’s PGA Championship too, but struggled on the Friday and Saturday, before recovering to finish 8th.

Rahm hasn’t had a great 2022 in truth. Yes, he won the Mexican Open in April, but it wasn’t a particularly strong field. He could only finish in a tie for 48th place at the recent PGA Championship, so the current odds don’t have great appeal.

Speaking of the PGA Championship, next up in the golf betting odds is the recent winner of that tournament, Justin Thomas, at 16/1 with BoyleSports. That was Thomas’s second major title, but he’s never finished higher than Tied-8th in the US Open.

Excellent take from Justin Thomas as reports swirl that Bryson, Reed, & Fowler are next up defecting from the Tour to join LIV Golf. pic.twitter.com/UdV94yu9cY

Next up is Collin Morikawa, who is on offer at best betting odds of 18/1 with the Betfair Sportsbook. The 25-year-old already has two majors to his name, but since a 5th place finish at the Masters earlier in the year, he’s struggled for form and could only secure a tie for 55th position at the PGA Championship.

Xander Schauffele is a 20/1 chance also with Betfair, with Cameron Smith also at 20/1 with SpreadEx. Still seeking his first major title, Schauffele has an impressive record at the US Open, having never finished worse than Tied-7th in five appearances. He finished a respectable Tied-13th at the recent PGA Championship. The Australian Smith also finished Tied-13th at the PGA Championship. He’s known for his excellent short game, but he is prone to making more than his fair share of bogeys.

Dustin Johnson, the 2020 Master’s champion who jumped ship to the controversy-plagued LIV Golf last week, announced his retirement from the PGA Tour during a news conference on Tuesday, an expected but jarring move. The US Open champion in 2016, Dustin Johnson, is now available at drifting odds of 33/1 with Betfair. Johnson missed the cut at the PGA Championship, and it’s difficult to have any great faith in the two-time major winner adding another title here.

The 24-year-old Norwegian Viktor Hovland is a 25/1 chance with Betfair, with Brooks Koepka also at 25/1 with Betfair and Jordan Spieth another 25/1 shot with Betfair. Hovland tied for 41st at the PGA Championship and has yet to claim a top 10 finish at a major.

Four-time major winner Koepka could only claim a tie for 55th at the PGA Championship. he did finish Tied-4th at last year’s US Open, won back-to-back titles in the tournament in 2017 and 2018, with a second-place finish in 2019. It’s fair to say that Koepka has some pretty impressive history when it comes to the US Open.

Three-time major winner Spieth won the US Open in 2015. The 28-year-old won the RBC Heritage title in April and was a runner-up at the Byron Nelson, but missed the cut at the Masters and could only tie for 34th at the PGA Championship this year.

Patrick Cantlay is a 22/1 chance with SpreadEx, while WILL ZALATORIS is also on offer at odds of 28/1 with William Hill. Cantlay is the current FedEx Cup champion, but he missed the cut at the PGA Championship and his overall record in the majors is very disappointing.

Zalatoris was the PGA Championship runner-up to Thomas, so shouldn’t be lacking in self-belief. He’s been Mr. Consistent in the majors of late, having finished Tied-8th or better in five of his last seven appearances. The 25-year-old Californian could represent decent each-way value.

Will Zalatoris to win – 28/1 at William Hill

At 33/1 with BoyleSports is Bryson DeChambeau, while England’s Matt Fitzpatrick can also be backed at odds of 33/1 with William Hill. Having recently from both the PGA Championship and Charles Schwab Challenge due to injuries, it would appear to be a very risky punt backing DeChambeau for the US Open.

Matt Fitzpatrick finished Tied-5th at the PGA Championship, but it could have been so much more but for a final round of 3-over. It’s also worth remembering that Fitzpatrick won the US Amateur title at The Country Club in 2013.

So who will win the US Open? Other US Open Contenders

Other players who will have their backers include Sam Burns at 40/1 with Betfair, after having recently beaten Scheffler in a play-off to claim the title at the Charles Schwab Challenge. He was also a creditable Tied-20th at the PGA Championship.

The 23-year-old Chilean Joaquin Niemann is on offer at odds of 40/1 with William Hill. His form has dipped somewhat of late, but he started the year very promisingly. Louis Oosthuizen is 50/1 at 888sport and can never be discounted at the majors. The Mexican Abraham Ancer is 66/1 with Betway and comes into the tournament in decent shape after finishing Tied-9th at the PGA Championship.

Max Homa is 66/1 with Betway after finishing Tied-13th at the PGA Championship and having won three tournaments since February 2021. A man in form, he will round off our 4 US Open 2022 betting tips.

Last, but not least, we can’t forget Tiger Woods, who is available at 80/1 with 888sport. Woods withdrew from the PGA Championship after three rounds and ongoing injury concerns are definitely an issue. He’ll always have his backers though.

* US Open golf odds 2022 correct at the time of writing. All betting odds are subject to changes.

Expires: 3043D 13H 54M
New customers only, bet up to £20 on the Exchange and if your first bet loses, we’ll refund you £20 in Cash. Bet must be placed in first 7 days of account opening. T&Cs apply. Payment restrictions apply. T&Cs apply 18+ONLY |BeGambleAware/ Bet Responsibly. This is an advertisement.