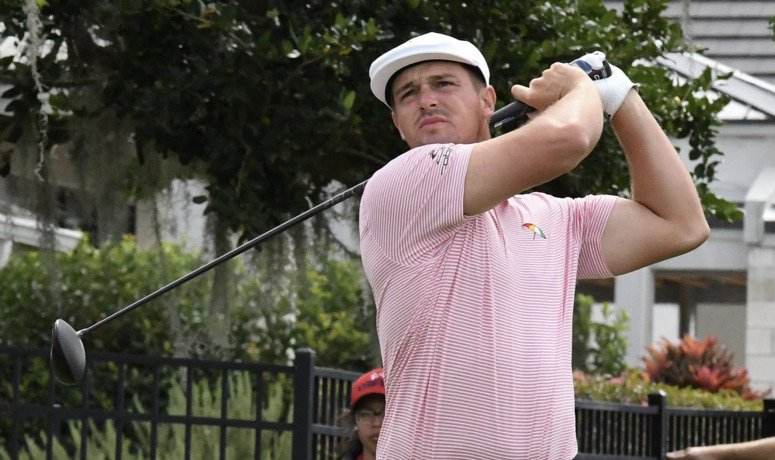 The US Open 2021 takes place at Torrey Pines in San Diego, California, starting on Thursday 17th and culminating on Sunday 20th June.

The Torrey Pines (South) course is a Par 71 over 7,643 yards on the California coast. It is also the venue for the annual Farmers Insurance Open. Whether you can take a great deal from that is debatable, as the course for the US Open will play very differently in June to what it does at the Farmers Insurance Open in January.

Another factor to bear in mind is that while the South course stages all four days at the US Open, the Farmers Insurance Open sees the players split the first 36 holes between the (easier) North and South courses, then play the final 36 holes on the South course.

The key factors to look for are a combination of distance and accuracy off the tee. The fairways will be firm, but the rough can be challenging and the wind coming in off the ocean can be a significant issue.

The Fairways at Torrey Pines are Kikuyu overseeded with Rye, while the greens are Bentgrass with Poa Annua.

Who is the defending US Open champion?

Bryson DeChambeau is the defending champion, having won the first and only major of his career to date at Winged Foot Golf Club in Mamaroneck, New York in September 2020 (the championship having been postponed for three months due to the COVID-19 pandemic and played without spectators.

DeChambeau finished with a six-under-par 274 to finish with a six-stroke victory margin over 21-year-old US Open debutant Matthew Wolff as runner-up.

The pre-tournament favourite in the bookmakers US Open golf betting odds 2021 is Jon Rahm at 11/1 with bet365*. The Spaniard is still seeking to win his first major, but he does have impressive history at Torrey Pines with finishes of 1-29-5-2-7.

The big question mark over Rahm is that he was recently forced to withdraw from Memorial after testing positive for COVID-19 when six shots clear of the field after three rounds. As a consequence, he’s now having to isolate until 15 June, which is just two days before the tournament starts. That’s hardly ideal preparation.

It’s a sign of just how wide open this year’s event is considered to be, that there is almost nothing to choose in the odds of those closest to Rahm in the betting.

Dustin Johnson can be backed at odds of 16/1 with SpreadEx, with Rory McIlroy on offer at the same odds with Betfair.

Koepka won back-to-back US Opens in 2017 and 18, and recently came close to claiming a fifth major title when finishing as runner-up to Phil Mickelson in the US PGA at Kiawah Island.

Spieth is another player who can call upon good recent form. He will be bidding to secure a second US Open, having previously won at Chambers Bay in 2015.

Thomas won The Players Championship at TPC Sawgrass in Ponte Vedra Beach in Florida in March, but has just one other top-10 finish in 12 events this year, which included missing the cut at the PGA Championship.

Defending champion DeChambeau is also struggling with his game at present and his current form doesn’t inspire confidence for a successful title defence at a course where accuracy is crucial.

Johnson, the No. 1 ranked player in the world, is another in poor form in 2021, having missed the cut at both the Masters and PGA Championship. In nine PGA Tour events this year, he hasn’t finished better than a tie for eighth at The Genesis Invitational.

McIlroy claimed victory at the Wells Fargo Championship at Quail Hollow Club in Charlotte, North Carolina in May, but his last major was the PGA Championship back in 2014.

Other Players To Consider

Other notable names to consider are Xander Schauffele, who has displayed great consistency and was runner-up at this year’s Farmers Insurance Open, at 18/1 with bet365*, while Patrick Reed looks definite contender material at 35/1 with bet365*.

Reed was the winner at the Farmers at Torrey Pines in January and has had three top-10 finishes since that victory.

At 30/1 with bet365*, Viktor Hovland is another who impressed at Torrey Pines in January with a tie for second place. The 23-year-old Norwegian tied for 12th as the low amateur at the US Open at Pebble Beach Golf Links in 2019, then tied for 13th as a professional at Winged Foot last year.

Few players can match Tony Finau for form this year and over recent majors. The 31-year-old American is 33/1 with Betfair and goes into the tournament on the back of five top-10 finishes in 11 events this year (including as co-runner-up at Torrey Pines in January) and nine top-10 finishes in 13 majors over the last four years.

Another who has been in great form in recent months is Will Zalatoris. The 24-year-old from California is a 50/1 shot with bet365*, having finished tied for 6th at last year’s event at Winged Foot. He’s since gone on to secure five more top-10 finishes, including as runner-up at the Masters, tied for 8th at the PGA Championship and tied for 7th at the Farmers Insurance Open.

Corey Conners looks an interesting each-way possibility at 66/1 with SpreadEx. The Canadian has had an impressive year to date, with a 7th place finish at the Players Championship and 8th place at the Masters in a total of seven top-10 finishes.

* US Open Golf betting odds 2021 quoted were correct at the time of writing. All betting odds subject to changes.

Expires: 34D 02H 50M
New customers only, bet up to £20 on the Exchange and if your first bet loses, we’ll refund you £20 in Cash. Bet must be placed in first 7 days of account opening. T&Cs apply. Payment restrictions apply. T&Cs apply 18+ONLY |BeGambleAware/ Bet Responsibly. This is an advertisement.