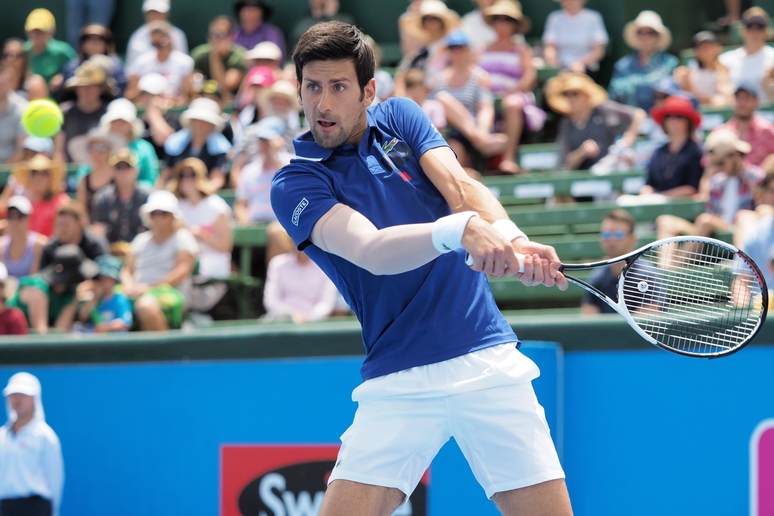 The 2021 US Open will be the fourth and final Grand Slam event of the year and will be held on outdoor hard courts at the USTA Billie Jean King National Tennis Center in New York City from 30 August to 12 September.

Dominic Thiem and Naomi Osaka are the men’s and women’s singles defending champions.

The tournament will see world No. 1 Novak Djokovic looking to become the first man since Rod Laver in 1969 to complete the Calendar Year Grand Slam, should he win the men’s singles title.

In addition, Djokovic, Roger Federer, and Rafael Nadal will all be seeking a 21st major singles title, which would put them alone at the top of the list for the most of any male player in history.

Djokovic is unquestionably the player to beat in the men’s tournament, having a 38-5 win/loss record in 2021, including a 13-2 record on hard courts. However, the bookies are well aware of the Serbian’s dominance and he’s 5/6 to win the tournament with William Hill bookmakers.

The leading challengers to Djokovic based on the latest US Open betting odds are:

Can anyone stop the Joker?

If Djokovic is to be stopped, there’s little evidence that either Nadal or Federer is in shape to do so. The main threats to Djokovic’s quest would appear to come from Medvedev, the defending champion Thiem, Zverev (the recently crowned Olympic champion) and Tsitsipas.

The other player who could be a threat is Matteo Berrettini, whom Djokovic beat in the final at Wimbledon last month.

Berrettini has an impressive 32-7 win/loss record in 2021 and an 8-2 record on hard courts this season. His form this year suggests he could again be a decent each-way punt to reach the final.

The women’s tournament is, as is invariably the case these days, far more open.

The 23-year-old defending champion Naomi Osaka is the favourite at 9/2 with Betway. The Japanese player is a two-time winner of the US Open, but there have to be some doubts as to her readiness for the championship after her recent mental health issues.

Osaka has a 16-4 win/loss record in 2021 and an impressive 14-2 record on hard courts. If she’s fit and healthy, she is a justified favourite to retain her title and secure what would be a fifth Grand Slam crown.

Next in the women’s US Open betting is the Wimbledon champion Ashleigh Barty at odds of 9/1 with Betway. The current No. 1 ranked player has an excellent 35-7 win/loss record in 2021, including a 14-3 record on hard courts.

Barty didn’t participate in last year’s US Open due to the COVID-19 pandemic and has never been beyond the 4th round in the tournament. However, she looks to be the player to beat based on form this year.

Six-time US Open champion Serena Williams is a 10/1 chance with BoyleSports, but she last won the title back in 2014, her last Grand Slam success was at the 2017 Australian Open and there is the small matter of her reaching the age of 40 in September.

Canada’s Bianca Andreescu, the 2019 US Open champion, can be backed at 11/1 with William Hill, while Iga Swiatek is 12/1 with Betway. Former World No. 1 Simona Halep is also a 12/1 shot with BoyleSports.

Victoria Azarenka has reached the US Open final on three occasions, including in 2020, but has yet to claim the title. That’s a record that deserves respect though and at 33/1 with BoyleSports, she looks an interesting each-way tennis bet.

“Unfortunately, I have to withdraw from the Citi Open Women’s Invitational here in D.C. Earlier today, I rolled my ankle and need to rest prior to the start of Montreal.

I love D.C. and enjoyed playing in front of you all last night. See you soon!”@vika7 | #CitiOpen pic.twitter.com/0kz3kSP1Qt

Wimbledon runner-up Karolina Pliskova is 16/1 with bet365* and two-time Wimbledon champion Petra Kvitova is 18/1 with 888sport.

Olympic gold medalist Belinda Bencic hasn’t been beyond the 3rd round in any Grand Slam tournament this year, but should be in confident mood following her success in Tokyo and will have her backers at 40/1 with 888sport.

* US Open tennis odds correct at the time of writing. All betting odds subject to change.

Expires: 3004D 07H 10M
New customers only, bet up to £20 on the Exchange and if your first bet loses, we’ll refund you £20 in Cash. Bet must be placed in first 7 days of account opening. T&Cs apply. Payment restrictions apply. T&Cs apply 18+ONLY |BeGambleAware/ Bet Responsibly. This is an advertisement.