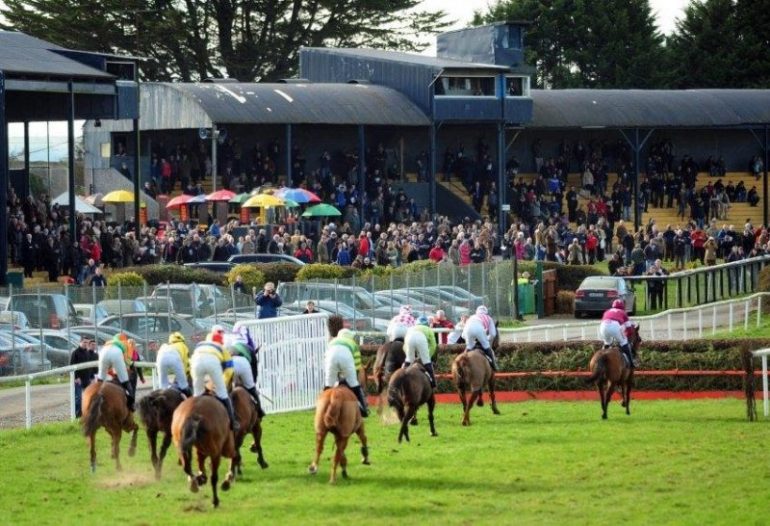 There’s no denying the Irish dominated Cheltenham which unquestionably means they have the best jumps horses.

Suggestions they have the best national hunt trainers is more than a little injudicious. After all when Paul Nicholls, Nicky Henderson, Alan King and Philip Hobbs were sweeping all before them …which is pretty much every year pre-2014, we were not suggesting our success was down to the fact the Irish could not train.

So the answer has to be big spending owners, such as Rich Ricci and Michael O’Leary who have their valuable strings based in the Emerald Isle. The bigger question is, why? One thing is for damn sure, it is not because of the regularity of races – for the most part the Irish only race two or three days a week – or the luxury facilities at racecourses.

Wexford, Cork (which is actually in a place called Mallow and is almost 25 miles from Cork), Wexford, Thurles, Kilbeggan, Clonmel, Listowel, Ballinrobe et-al, it’s like they all missed a 1980 appointment with a wrecking-ball. Yes Fairyhouse, Leopardstown and Punchestown make the grade but they are no Ascot, Cheltenham or even Doncaster.

June is not a time to be betting on Irish jumps racing.

As for Irish jump jockeys being the best in the business… For how long was UK jumps racing dominated by them? Of course they had made their way to the British isles lured by the prospect of riding horses more than a few days a week.

They are not overworked in Ireland but nevertheless Horse Racing Ireland (HRI) has decided they are and a 24-day holiday period in June for professional riders has been introduced.

“I am delighted to see this extended break for the leading National Hunt jockeys in June which will allow them to recharge both physically and mentally.”

What does it mean?

It means between June 7 and June 30 professional jumps jockeys cannot ride in Ireland and the eight scheduled meetings during that time will now be restricted to conditional jockeys and riders who have not ridden more than 15 winners in the previous 12 months.

Marvellous! While the lack of facilities at Irish tracks will not bother me when punting from the luxury of my armchair hundreds of miles away, I know I will be petty vexed when a 16-year-old 7lb claiming jockey takes the wrong course or rides out a finish a circuit early.

Australia may be on the other side of the world but courtesy of Sky Sports Racing we can now watch their racing live and more and more online bookies are accommodating horse racing bets from this part of the world.

There’s a fair few former British jockeys down there too. I tuned in this week to see both Ashley Morgan and Bill Cray win races. These former Brits best not step out of line mind as it seems the Australian’s are very harsh on any impropriety.

One guy has recently been given a suspension for having a betting account and placing bets on horse racing while he was a licenced rider. How could that even happen? Well it transpires he legally changed his name years back and was riding under one name while betting with an account registered in the other.

Serious stuff right? Not really, over the course of 17 months he placed bets on 27 races he was riding in. Jeopardising £1,030, his average bet was less than £40. Another 168 bets were placed on races where he did not have a ride (over an even longer period), here the average bet stake was £35.

The net result of this misdemeanour has been an eight year riding ban, effectively ending Daniel Jack Smith’s (or Terry Treichel’s) career. Ouch!

“This is a unique set of circumstances not seen before in Australian Racing.”

Wasn’t it great to see Stradivarius win his prep-race for the Ascot Gold Cup at Ascot this week?

Stay tuned to www.betfinder.co.uk next week for another horse racing betting blog update.

* Betting odds correct at the time of blog publication. All odds are subject to changes.