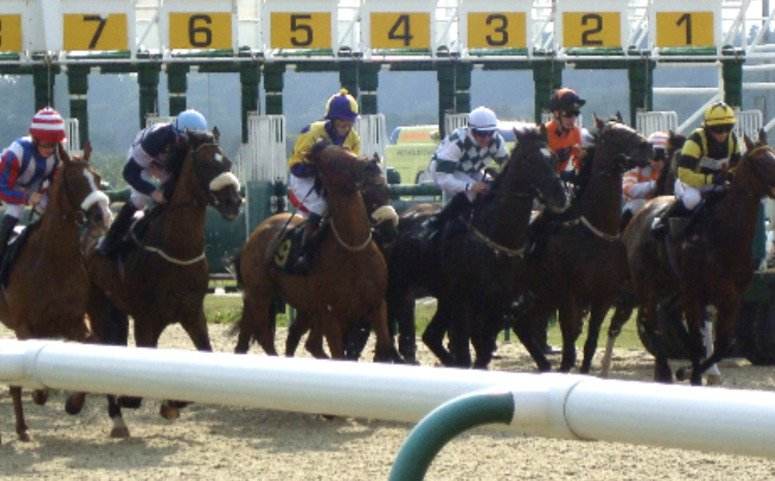 Hailed by many pundits as the second equine coming, Baaeed maintained his unbeaten record with a comfortable victory in the Group One Prix du Moulin at ParisLongchamp on Sunday.

Trained by William Haggas for the late Sheikh Hamdan Al Maktoum’s Shadwell Stud, the three-year-old colt travelled in behind Order of Australia, who was leading the pack behind the scalded cat-like German raider Novemba, until the last furlong.

At that point, Novemba’s run fizzled out with Baaeed coming through to gain the upper hand and eventually win by a good length over a battling Order of Australia and Victor Ludorum, who ran his best race for some time.

Some online bookmakers were that impressed by Baaeed that in certain cases they have promoted him ahead of Palace Pier to be clear favourite at 7/4 (from 11/4) for next month’s Queen Elizabeth II Stakes at Ascot.

Whether the son of Sea The Stars can overturn Palace Pier is questionable, but the first three home in this year’s Prix Du Moulin certainly have more Group Ones in them.

Having cost Godolphin 2.1 million guineas last October, Hafit came down to earth with a bump in the Listed Ascendant Stakes when he was forced to play second fiddle to the Kevin Ryan-trained Triple Time.

The son of Frankel was sent straight to the lead by Andrea Atzeni and was always in the ascendancy, shrugging off the attentions of Hafit, and landing the one-mile contest in fine style.

Triple Time’s next target is uncertain at this stage but Kevin Ryan already has one eye on races like the 2000 Guineas and French Derby next season.

Betfair slashed Triple Time six points to 10/1 from 16/1 for the Royal Lodge Stakes at Newmarket on September 25th.

The Group Three Superior Mile Stakes went to the front-running Artistic Rifles under another enterprising ride from Andrea Atzeni. Sent immediately to the front by Atzeni, Artistic Rifles continued his progression this season with a bold display – passing the post with a length and a quarter to spare over Bell Rock.

The hot favourite Lord Glitters was never in contention and could only manage fourth place. From conversations after the race it appears that we will be seeing the five-year-old racing in Dubai over the winter.

Island Brave lived up to his name with a battling success in the Old Borough Cup Handicap, one of Haydock’s oldest races.

Winning owner Donald Kerr said: “That was a fantastic – a great result. I thought Silvestre (De Sousa) gave him a brilliant ride. I was a little bit worried when the other horse passed him, but he fought back”.

Betfair cut Golden Flame to 20/1 from 33/1 for the Cesarewitch at Newmarket next month after Mark Johnston’s three-year-old landed the 1m 6f Betfair Handicap.

Golden Flame dug deep when pressed by Praiano to prevail by a length under a power packed Joe Fanning ride.

The Nunthorpe Stakes runner-up stepped up from that run to take the Group One showpiece over six furlongs. Emaraaty Ana has now been introduced as a 16/1 shot for the Breeders’ Cup Turf Sprint, the race Kevin Ryan won last year with Glass Slippers.

Withdrawn from the Ebor Handicap a fortnight ago, the William Haggas-trained Hamish (9/1) turned over the hottest favourite of the day – Hukum (30/100), to win the September Stakes at Kempton Park.

Haggas said after the race: “He should stay a mile and six plus and he’s in the stayers’ race at Ascot on Champions Day but he’s got to stay sound.”

The oldest Classic takes place next Saturday at Doncaster and my St Leger fancy this year is the Aidan O’Brien-trained The Mediterranean (16/1) – each way.

Hurricane Lane is obviously the one they all have to beat but The Mediterranean impressed me the way he stayed on at York and he could well run a big race.

* Horse racing betting odds correct at the time of writing. All odds are subject to changes.

Expires: 45D 00H 19M
New customers only, bet up to £20 on the Exchange and if your first bet loses, we’ll refund you £20 in Cash. Bet must be placed in first 7 days of account opening. T&Cs apply. Payment restrictions apply. T&Cs apply 18+ONLY |BeGambleAware/ Bet Responsibly. This is an advertisement.