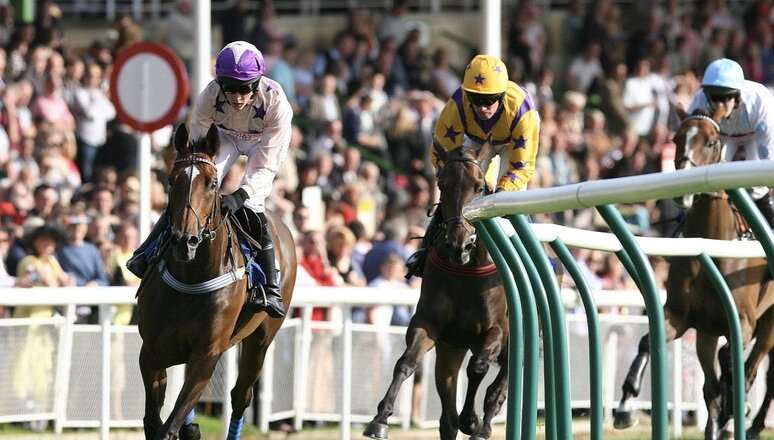 After an enforced hiatus of 435 days due to the global pandemic, I finally managed to get back on course to report (throw in a tiny spot of radio work too) on all the action at Haydock Park’s Swinton Hurdle Day – the only surviving mixed flat/jumps card left in England.

Not only was my visit going to be a working day, but also a litmus test as to how I would feel now working in horse racing in such alien circumstances and also an opportunity to gauge how others have been feeling, especially those from the racing media that have worked the whole way through the “behind closed doors” period.

Despite everything being terribly well organised, the horse racing itself is sadly somewhat soulless.

My first taste of this was in the opening race when the brave 12-year-old veteran Dell Arca just got up on the line in a thrilling three-way finish. There was no clapping, no “oohs and aahs”, just nothing except an excited commentator who stirringly kept up a good level of emotion.

The rest of the afternoon continued in a similar vein. Although the racing was top notch and highly competitive, the rouse was distinctly absent from any of the rousing finishes.

Returning to my press room colleagues, it became evident after an informal discussion about the circumstances of last 12 months that it’s been a tough gig for them all.

The Only Way Is Up

My own heartache at missing Aintree for the first time in 30 years didn’t feel half so bad when it was explained to me that all these big fixtures behind closed doors have been a bland experience to say the least for most of those who have been involved.

You may have seen presenters at some stage or another tweeting out from a fixture how much they are missing the crowds and the fans not being there. Well I can tell you now, having returned myself to the peopleless expanses of a racecourse this weekend, how much they genuinely mean it and how much racing actually needs them.

The good news is, the race is almost won/run. We’re on the verge of limited crowd numbers returning to racecourses again on May 17th and as of June 21st, we may just have our beloved sport back if everybody plays their part and acts responsibly. The only way is up!

It was a weekend packed full of trials, but did we see any Classic potential amongst the winners? As always, the jury is out on the score.

Third Realm revelled in the rain-softened ground at Lingfield to bound clear of his rivals in the Derby Trial. Quotes of 100/1 and 66/1 were soon replaced by 12/1 (William Hill) and 10/1 in most places for the Epsom Derby.

The rank outsider of the field Sherbet Lemon (28/1) sprung an upset in the Oaks Trial at Lingfield, prevailing by three-quarters of a length from Save A Forest. Most online bookmakers cut the filly’s odds down to 33/1 (bet365)* from 50/1 for the Oaks at Epsom on June 4th.

What’s on this week?

The highlight of the horse racing this week is undoubtedly York’s Dante meeting which runs through from Wednesday to Friday, with the three big races being the Duke Of York Stakes (Weds), the Dante Stakes (Thurs) and the Yorkshire Cup (Fri).

Next Saturday sees the Lockinge Stakes take place at Newbury, while on Sunday the French versions of the 2,000 and 1,000 Guineas will be held at ParisLongchamp.

Never shy of an ante-post bet or three, let me point out a few with potential wagers this week:

* Horse racing odds quoted correct at the time of writing. All betting odds subject to changes.

Expires: 42D 04H 48M
New customers only, bet up to £20 on the Exchange and if your first bet loses, we’ll refund you £20 in Cash. Bet must be placed in first 7 days of account opening. T&Cs apply. Payment restrictions apply. T&Cs apply 18+ONLY |BeGambleAware/ Bet Responsibly. This is an advertisement.