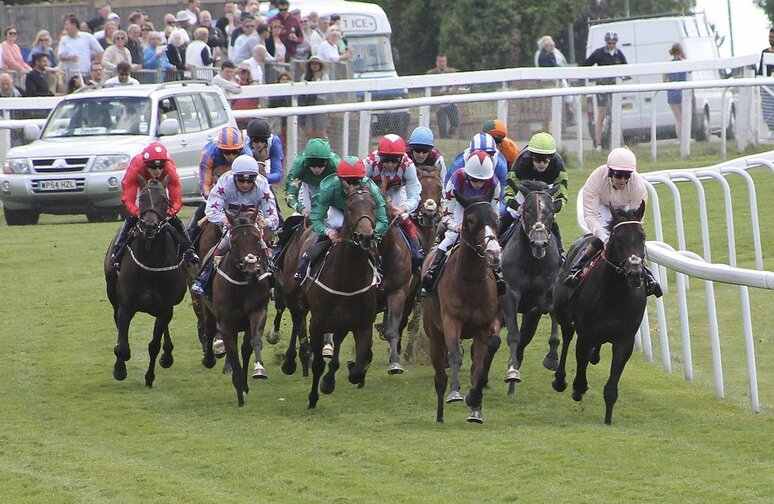 Those who backed horses that prefer Good to Firm going were left licking their wounds on Oaks Day as the constant light showers that fell over Epsom rapidly changed the original GOOD (Good to firm in places) reading to GOOD TO SOFT after race one had been completed.

The opening race of the Derby meeting at Epsom each year is of course the Woodcote EBF Stakes for the youngsters, and this time the honours went to Oscula (17/2) for trainer George Boughey.

Boughey said that the Albany Stakes at Royal Ascot was now in consideration for the filly. She’s currently a 10/1 chance with bet365* for the six furlong contest.

The finish to the Coronation Cup turned into a ding-dong battle between the hot favourite Al Aasy and Pyledriver, with the latter just getting the verdict in the end by a neck.

Pyledriver (8/1) was certainly at home on the ground and having the rail in the final strides proved to be decisive under Martin Dwyer. It was a landmark moment for Dwyer personally as he has now won all three of Epsom’s top races – those being the Oaks on Casual Look in 2003 and the Derby on Sir Percy in 2006.

As for the Epsom Oaks, well that tuned into the small matter of Frankie Dettori routing the field by an astonishing sixteen lengths aboard Snowfall (11/2) for Aidan O’Brien.

After the race, Dettori drew parallels to another great female in Enable, saying: “Enable was very good, she did the Irish Oaks, King George and Arc (after winning the Oaks) and I wouldn’t put that past her, she’s that good.”

Aidan O’Brien said he could see her challenging last year’s nine-length Oaks winner Love, and on the back of that quote Snowfall jumped to the head of the betting for the Prix de l’Arc de Triomphe at 5/1 with most bookmakers.

Snowfall certainly looks like one of the best middle-distance horse in training but will she need a slightly wet Arc to complete a similar demolition job? Watch this space.

Oh This is Us (18/1), already a shock 66/1 winner back in April, caught some punters out once again by taking the Group 3 Diomed Stakes by the narrowest of noses. It’s easy to see why he’s one of Richard Hannon’s favourites.

In what can be described as a jockeys game of musical chairs, Adam Kirby was the biggest winner of all when the music stopped at the winning post of the Derby.

Kirby was replaced by Frankie Dettori on the highly touted John Leeper last Wednesday evening, but it was Kirby who had the last laugh when he found himself riding Adayar for Charlie Appleby and the Godolphin Stud.

Kirby’s success however was then at the expense of Oisin Murphy who was originally lined up to ride Adayar. Are you keeping up with this?

Back to the Derby itself and it was the Godolphin’s third-string Adayar (16/1) that got a dream run up the inside rail to record a four and a half length success from the 50/1 long time leader, Mojo Star.

It must have felt like a “things happen for a reason” blessing for Kirby as John Leeper was consigned to the Derby ‘also-rans’, beating only two horses home in ninth.

It was also a second Derby win for Charlie Appleby after Masar’s success in 2018.

Meanwhile on the outskirts of Paris…

Bookmakers cut St Mark’s Basilica from 16/1 into a top-price 10/1 with SportNation in the 2021 Arc De Triomphe betting odds, while sponsors Coral make him 7/2 second favourite for the Eclipse at Sandown next month.

Coming up this weekend…

It’s pretty standard fayre this weekend as all the emphasis is on the Royal Ascot meeting that starts on Tuesday 15th June.

* Betting odds quote correct at the time of writing. All odds are subject to change.

Expires: 34D 02H 4M
New customers only, bet up to £20 on the Exchange and if your first bet loses, we’ll refund you £20 in Cash. Bet must be placed in first 7 days of account opening. T&Cs apply. Payment restrictions apply. T&Cs apply 18+ONLY |BeGambleAware/ Bet Responsibly. This is an advertisement.