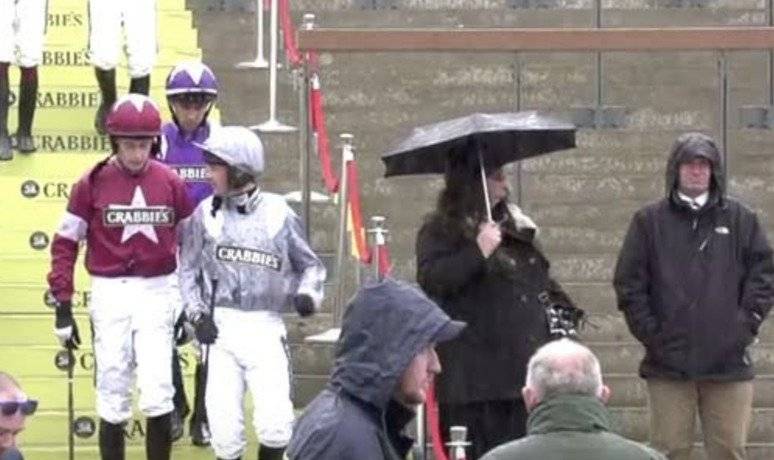 Officials at Aintree are expecting a real mixed bag of weather this week with frost, hail and even snow forecast before the “behind closed doors” Grand National meeting that starts on Thursday 8th April.

Back Potters Corner at 25/1, A National Horse Laid Out For The Race

In what will be a massive financial hit to the Levy, and ultimately the future of horse racing, punters in much reduced numbers are managing to find alternative ways to bet online on the Grand National due to the country’s betting shops being closed.

Betting shops will be able to reopen from April 12th under the Government’s plans to ease the nation out of lockdown, but sadly it will come 48 hours too late for horse racing’s much depleted coffers. Only time will tell if racecourses will survive these financial hits.

So if your granny would like to have her traditional annual flutter this year, you do know that you’re the one who’ll be responsible for placing it online on her behalf don’t you?

Who should she go for?

Well, the following horses are proving popular for whole variety of reasons:

Cloth Cap (4/1 fav with bet365*) – poised to go off one of the shortest-price favourites in the history of the race, he’s officially a stone well in at the weights but his jockey is 0/18 in the race which has to be a worry.

Burrows Saint (9/1 with Unibet) – has been shortened into second favourite after sustained support. After a dominant display at the Cheltenham Festival, the Irish entries are seeing plenty of money.

Minella Times (12/1 with bet365*) – will be the mount of the in-form Rachael Blackmore and after becoming the first female to be the top jockey at The Festival, who is to say that her history-making has stopped yet?

Discorama (18/1 with bet365*) was a previous antepost pick of mine and I see no reason to dessert Paul Nolan’s charge this time around. He’ll be running on late in the piece.

The Storyteller. The road to the 2021 Grand National continues. #Punchestown

The recent retirees of A.P McCoy, Ruby Walsh and Barry Geraghty were joined on Saturday evening by the last one standing from that race riding era – Richard Johnson.

The second-most successful jump jockey of all time made his surprise announcement after partnering six losers at Newton Abbot, on a pretty nondescript card, and on the eve of the Grand National – a race that sadly eluded him over his 28 seasons in the saddle.

I’m sure we’ll see him around in some sort of capacity in the forthcoming years. Thanks for the fond horse racing memories Dickie!

The brilliant Richard Johnson called time on a remarkable career on Saturday, following his final ride at Newton Abbot.

Conditional jockey Aidan MacDonald is said to be making “positive progress” after being critically ill in hospital last Thursday.

MacDonald had a crashing fall from the Micky Hammond-trained Russian Royale at Hexham on March 18 and was discharged from hospital on the same day, but this week he was readmitted after being taken ill on Wednesday.

MacDonald was said to be very poorly and receiving treatment for a carotid artery dissection on Thursday, but on Friday Micky Hammond reported some much more upbeat news on his condition.

Conditional rider Aidan MacDonald has made positive progress overnight after being rushed to hospital with internal bleeding, according to his boss Micky Hammond

Hammond said: “Update on Aidan MacDonald – the bleed has now been cleared. He is speaking in sentences and can feel and move his fingers. A long road ahead but what a warrior, we still ask for privacy for his family at this difficult time. But what positive news.”

From all of us here at Betfinder, we wish young Aidan a speedy recovery.

* Betting odds quoted were correct at the time of writing. All odds are subject to change.