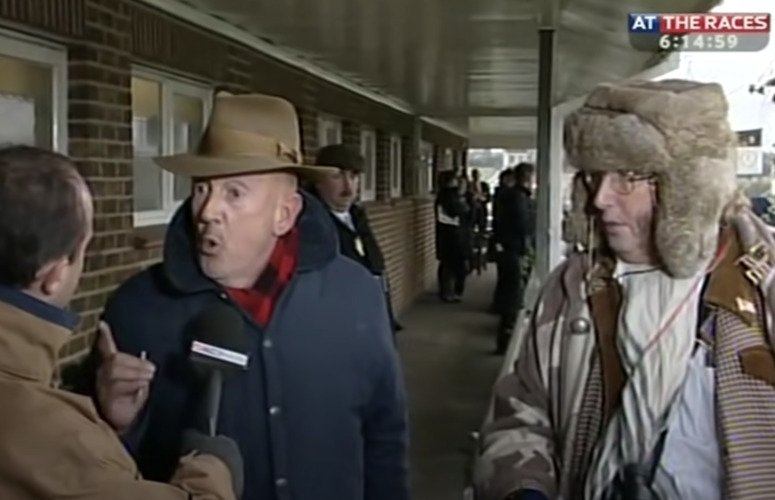 News came through at the weekend that Barney Curley, one racing’s most instantly recognisable characters, had died aged 81.

Born in Irvinestown, Northern Ireland, he became a horse trainer and was classed as a legend by punters over the years, mainly because of his betting coup involving the horse Yellow Sam in 1975. Many years later Curley won lots of money again in two more headline-making betting coups in 2010 and 2014.

After his 18-year-old son Charlie was killed in a car crash in 1995, Curley became somewhat of a philanthropist and set up a charity called Direct Aid For Africa, which has since built schools and hospitals in Zambia.

In 2005, Barney Curley became even more famous for his outburst at the At The Races presenters John McCririck and Luke Harvey whilst they covered the live racing from Folkestone. Curley referred to Harvey as an “underachiever” – a classic piece of TV gold that constantly gets airplay on the horse racing channels.

Yorkshire trainer Lynn Siddall died last week at the age of 67. Siddall first started out as a jockey before going onto training under both codes, and was actually present at Hexham last Tuesday.

Her son Tom, a former National Hunt jockey himself, said: “She was taken into hospital in early December when she ended up with fluid on her lungs because her heart wasn’t pumping properly – it was affecting her breathing.

“She’d been on tablets since December while they worked out what to do, but because of Covid everything had been on hold.”

Tributes flooded in for Top Notch after the popular chaser’s death on Sunday. The 10-year-old won 16 of his 33 career starts with his sole Grade One success coming in the 2017 Scilly Isles Novices’ Chase at Sandown.

Simon Munir, who co-owned Top Notch with Isaac Souede, posted on Twitter: “It is with great sadness that we lost our double green stalwart and hero Top Notch today. He ruptured his stomach and surgery failed.

“He was the sweetest kindest horse with the biggest heart – since 2014 he won 14 races and participated in five Cheltenham Festivals.
“So many memories – RIP Notchy.”

(Curragh) Jim Bolger saddled the first two home in the Irish 2,000 Guineas as Mac Swiney narrowly beat stablemate Poetic Flare. The Derby is on the agenda for Mac Swiney next and he was cut to 7/1 from 20’s by most bookmakers for the Classic at Epsom.

Gustaus Weston sprang a 14/1 surprise in the Greenlands Stakes for in-form trainer Joe Murphy, whilst Epona Plays landed the other Group 2, the Lanwades Stud Stakes, by four lengths. The Marble Hill was won by Castle Star who revelled in the conditions.

(Haydock) Raadobarg (11/2) scored a fine win in the Silver Bowl Handicap at Haydock Park and set up a trip to Royal Ascot. Roger Varian’s three-year-old took will bid to double up in the Britannia Stakes on Thursday, June 17th.

Rohaan narrowly held off Dragon Symbol to land a 33/1 surprise in the Sandy Lane Stakes. David Evans’ three-year-old will probably head to the Wokingham Handicap at Royal Ascot next.

(Curragh) Aidan O’Brien saddled his tenth winner of the Irish 1,000 Guineas when Empress Josephine obliged at the Curragh. Sent off a 14/1 chance under Seamus Heffernan, Empress Josephine nabbed her better-fancied stablemate Joan Of Arc right on the line.

Following Helvic Dream’s thrilling victory in the Tattersalls Gold Cup, trainer Noel Meade is in no rush to make plans for the four-year old.

* Horse racing betting odds correct at the time of writing. All odds subject to changes.

Expires: 42D 04H 16M
New customers only, bet up to £20 on the Exchange and if your first bet loses, we’ll refund you £20 in Cash. Bet must be placed in first 7 days of account opening. T&Cs apply. Payment restrictions apply. T&Cs apply 18+ONLY |BeGambleAware/ Bet Responsibly. This is an advertisement.