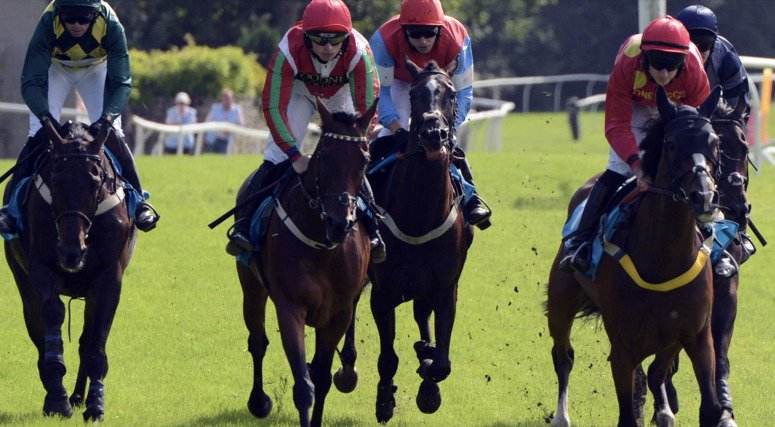 Last week I finally managed to get myself off on holiday to the Lake District – a carried over booking actually from June 2020.

When I book a UK break, I rather craftily try and work it around being able to attend a local racecourse, so where better to go than Cumbria’s quirkiest little racecourse again – Cartmel.

After a glorious week of sunshine on the fells, it gets to Thursday night and the region receives an unexpected deluge of rain. I log into my Twitter feed early on Friday morning and Cartmel’s clerk – Anthea Morshead has had no option but to call the fixture off. Damn and blast!

So a plan that turned out to be two years in the making was scuppered at the eleventh hour, but all was not lost as I managed to squeeze in an impromptu visit to the Sticky Toffee Pudding shop in the village instead. Well, you’ve got to support the local economy right?

A special raceday to remember the Grand National-winning jockey Liam Treadwell on the anniversary of his death was held at Worcester Racecourse last week.

Treadwell, who rode 100/1 shot Mon Mome to win the 2009 Grand National, died aged 34 at his home last June. Rather poignantly Mon Mome, now aged 21, was paraded around the paddock during the fixture.

The inaugural “In the Memory Of Liam Treadwell Novices’ Chase” was won by Captain Tom Cat, trained by Dr Richard Newland and ridden by Sam Twiston-Davies.

The roof was raised at Newcastle on Friday night as the veteran sprinter Caspian Prince won the William Hill Gosforth Park Cup Handicap for the second successive year – at the regal age of 12.

Mick Appleby’s charge showed all of his customary early dash to hold off all challengers for a rousing 12/1 victory under Theodore Ladd.
Stephen Louch, who co-owns Caspian Prince with Appleby said afterwards: “Words can’t describe him really – he’s taken us to some fantastic places.”

The victory was Caspian Prince’s 23rd success from his 114 starts.

Saffie Osborne says that action must be taken to stop hate messages being sent to jockeys and other people in the racing fraternity.

Osborne’s father Jamie contacted the police after she received a message containing vile comments earlier in the week.

Issues with cyber-bullying caused the BHA to copy other sports bodies in a social media blackout during the first Bank Holiday weekend in May. No sooner had that rather passive show of solidarity ended than the online trolls were back out in force the very day after.

Perhaps people in racing need to be a little more proactive and start hounding the social media platform owners to take the appropriate steps to stamp out this despicable behaviour? Proper identity checks would be a good place to start.

Chevy to the Levy

British prize-money received a £7.5 million boost this week with racing using some of the money borrowed from the government’s Sport Winter Survival Package (SWSP) to keep itself on a level playing field with other horse racing jurisdictions.

A further £7.5m of the Government loan will go to support racecourses’ day-to-day costs with the remaining £6.5m being held back by the Levy Board for across 2021-22 contingency measures.

Hurricane Lane just denied Lone Eagle in a thrilling climax to the Irish Derby at the Curragh on Saturday.

The victory gave trainer Charlie Appleby a famous Epsom/Curragh double after his Adayar won the English version at the start of June.

Hurricane Lane’s next target has yet to be decided while Lone Eagle will have a crack at the Grand Prix de Paris next month.

Next weekend sees the Coral Eclipse take place at Sandown Park and in an uncertain market I will side with St Mark’s Basilica (2/1 with Unibet) to take the spoils for Aidan O’Brien.

* Betting odds quoted correct at the time of writing. All odds are subject to changes.

Expires: 42D 05H 17M
New customers only, bet up to £20 on the Exchange and if your first bet loses, we’ll refund you £20 in Cash. Bet must be placed in first 7 days of account opening. T&Cs apply. Payment restrictions apply. T&Cs apply 18+ONLY |BeGambleAware/ Bet Responsibly. This is an advertisement.