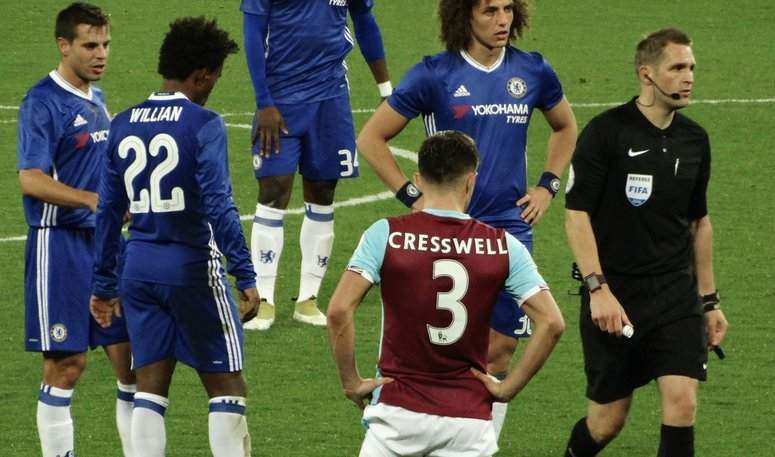 West Ham United meet Chelsea at the London Stadium in a crucial Premier League encounter with regards to Champions League qualification on Saturday evening. Here’s a match preview along with some West Ham v Chelsea predictions and best bets.

Our Official Programme for #WHUCHE is available now!

📖👇 Click on the link below to get your hands on a FREE digital copy, or purchase a version in print.

The Hammers are currently fifth in the Premier League, but only below Chelsea on goal difference. Their hopes suffered a setback after a 3-2 defeat away to Newcastle United last Saturday.

The Blues face a Champions League semi-final 1st leg tie away to Real Madrid the Tuesday after this match, which could be a distraction.

They were held to a goalless draw at home to Brighton & Hove Albion on Tuesday night, which prevented them moving above Leicester City.

The Match Result betting sees West Ham at 19/5 with BetVictor, the draw is on offer at odds of 11/4 with 888sport and Chelsea are 4/5 with William Hill.

In the Match Result & Both Teams to Score (BTTS) market, Chelsea & Yes can be backed at 11/4 with BoyleSports.

* West Ham v Chelsea odds correct at the time of writing. All betting odds are subject to change.