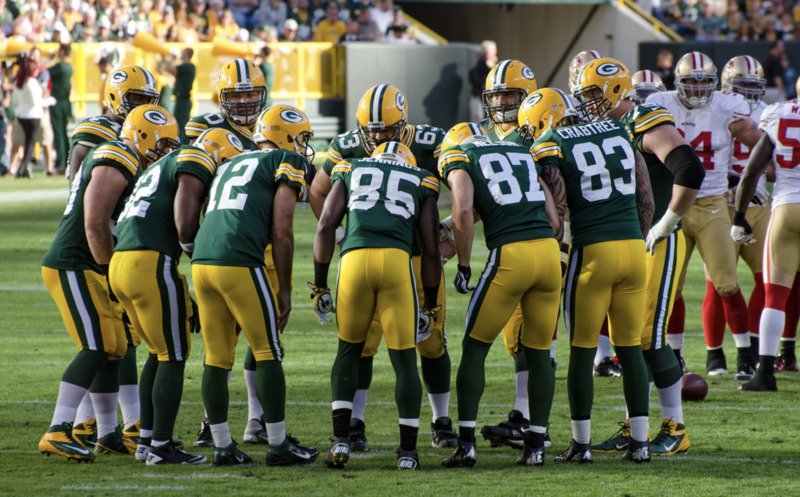 So who will win the Super Bowl? Well, Aaron Rodgers will be carrying our hopes (and dollars) this time but he will have to beat the ‘GOAT’ in the NFC Championship game.

While the remaining 28 franchises are already looking ahead to next season and focusing their attention on the best NFL draft prospects, four teams still retain dreams of lifting the Vince Lombardi trophy and claiming the title at Super Bowl 55.

In the NFC Championship game, the Green Bay Packers host the Tampa Bay Buccaneers in what will be billed as a battle between future Hall of Fame quarterbacks Aaron Rodgers and Tom Brady.

This battle of the QB’s looks likely to be the decisive factor here. The head-to-head stands at 2-1 in favour of Brady but this is their first meeting in the NFL Playoffs.

The legend that is Brady stayed on course for a potential seventh Super Bowl title as he steered the Buccaneers to a 30-20 win at the New Orleans Saints in the NFC Divisional playoffs and, in doing so, may have hastened the NFL departure of another veteran QB in Drew Brees.

If it was to be a farewell performance from Brees last Sunday, it was one he will quickly want to forget after throwing three interceptions as the Saints again suffered post-season disappointment.

The Buccaneers won 38-10 when they met the Packers in the regular season, but it could be Green Bay coming out on top on this occasion.

On the Game Result betting odds market (aka the ‘Moneyline’), the Packers can be backed at odds of 25/48 with bet365*, with the Buccaneers available at 17/10 with William Hill.

The big question in the AFC Championship game between the Kansas City Chiefs and the Buffalo Bills will be on the fitness of Patrick Mahomes in the build-up to the game after suffering concussion in Sunday’s 23-17 victory over the Cleveland Browns.

Could back-up quarterback Chad Henne make his first career playoff start for the Chiefs at the age of 35?

It will be the third straight year that the Chiefs have hosted the AFC title game, but if Mahomes is ruled out, the Buffalo Bills will definitely fancy their chances to return to the Super Bowl for the first time in 27 years.

The Game Result betting ‘Moneyline’ odds sees the Chiefs at 13/20 with Betfair Sportsbook, with the Bills at 7/5 with William Hill.

The current uncertainty over Mahomes makes the Bills look worth an interest on the Point Spread market.

Who will win the Super Bowl ?

In terms of winning Super Bowl LV itself, the doubts as to Mahomes’ availability for the Chiefs in the AFC Championship game raises a big enough question mark to make the Green Bay Packers (11/5 with BetVictor) the team to back for the overall title.

* NFL & Super Bowl betting odds quoted correct at the time of publication. All odds are subject to change.

Expires: 3004D 07H 13M
New customers only, bet up to £20 on the Exchange and if your first bet loses, we’ll refund you £20 in Cash. Bet must be placed in first 7 days of account opening. T&Cs apply. Payment restrictions apply. T&Cs apply 18+ONLY |BeGambleAware/ Bet Responsibly. This is an advertisement.