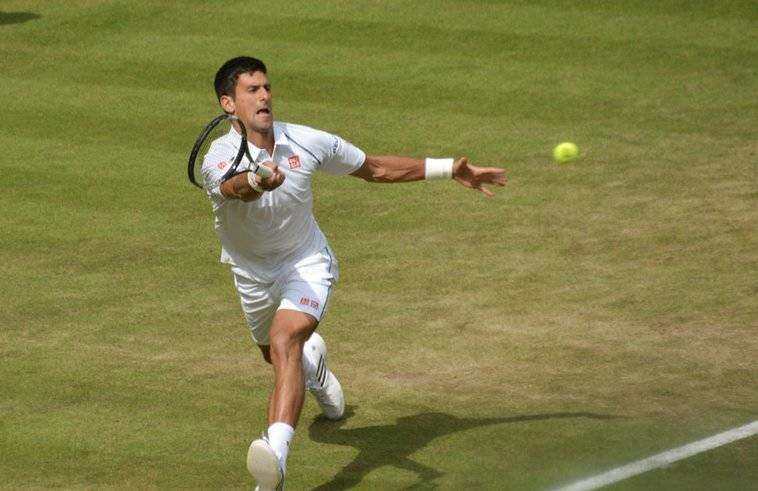 The “Big Three” in the men’s event are all still involved, with Novak Djokovic (8/11 at bet365), Roger Federer (10/3 with BetVictor) and Rafael Nadal (5/1 at BetFred) progressing through the early rounds while many that were seen as potential contenders have fallen by the wayside.

With Federer and Nadal scheduled to meet in the semi-finals, Djokovic evidently has the easier path to the final and has to be the bet to successfully defend his title. The most realistic challenger remaining from outside the established order is Milos Raonic (25/1 with Betfair), who could be worth an each-way Wimbledon bet.

Remarkable press conference with Novak Djokovic tonight who was taken to task over his support for disgraced Justin Gimelstob 👇 https://t.co/sul6OiDlTn

The women’s event remains wide open, with the 4th round draw seeing former world number one Simona Halep (10/1 at Betway) up against 15 year-old American sensation Coco Gauff (16/1 at Paddy Power) being probably the most anticipated match of the tournament to date.

New world number one Ashleigh Barty (3/1 with 888Sport) is the favourite for the title, while it would the unwise to write off the chances of the legendary Serena Williams (8/1 with BoyleSports). Likewise, two-time Petra Kvitova (10/1 with 888Sport) is a match for anyone on grass if she can retain her fitness. Karolina Pliskova (7/2 at bet365) could be the pick for the women’s title though, given her consistency.

Novak Djokovic the man to bet at Wimbledon 2019

Wimbledon 2019 begins on Monday 1st July, with the Men’s final scheduled to bring the tournament to a close on Sunday 14th July.  The Women’s final takes place on Saturday 13th  July. Below you will find our Wimbledon 2019 predictions and tips…

Enhanced Odds for the top players – for new 888sport customers…

New customers only • £10 minimum deposit using promo code “888ODDS” required • Qualifying bet must be placed at the normal odds • max bet £5 • Extra winnings paid in FREE BETS and added within 72 hrs of qualifying bet settlement • Free bet stakes not included in bet returns • Free bets expire 7 days after credit • This offer may not be combined with any other offer • Deposit balance is available for withdrawal at any time • General deposit method, withdrawal restrictions & Full T&Cs apply 18+ ONLY /BeGambleAware

Since Stan Wawrinka (100/1 at Paddy Power) won the US Open in 2016, all 10 Grand Slam titles since have been won by one of the three aforementioned players (Nadal has four titles and Djokovic and Federer have three each).

One of the younger generation of players will eventually break the stranglehold of the legendary trio, but there’s little sign of it happening just yet.

Novak Djokovic is the defending Wimbledon Men’s champion and the 32 year-old Serbian is the favourite to add a fifth title at SW19.  That looks justified on the basis that he not only looks back to his best again over the past year, but he’s already won the Australian Open this year and is being more selective in choosing the tournaments he enters to avoid further injury issues.

About that picture of @DjokerNole and @TheBorisBecker dressed up for Halloween 👀😂

The World No.1 talks us through his Instagram photos 😄 #RG19 pic.twitter.com/HeHwe9xK7a

It would be foolish in the extreme to rule out Roger Federer.  The Swiss legend is an eight-time champion at Wimbledon and has won a Men’s record 20 Grand Slam titles in his career. However, he is 38 in August and his last Grand Slam title was the Australian Open in January 2018.

The 33-year-old Nadal did reach the semi-finals of Wimbledon last year, where he eventually lost to Djokovic. He comes into the tournament on the back of an incredible 12th French Open title, leaving him just two behind Federer in the all-time major winning list.

However, despite being a two-time Wimbledon champion, prior to last year he won just two matches at the All England Lawn and Tennis Club in 2012, 2013 and 2015, with a fourth round appearance sandwiched in between in 2014. Nadal’s last Wimbledon title came nine years ago.

Stefanos Tsitsipas (20/1 with bet365*) looks the best bet outside the established order, with a game that looks made for Wimbledon.

Alexander Zverev (18/1 at Betfair) unquestionably has the talent, but as yet has failed to make much of an impact at Grand Slam events.

Jelena Ostapenko looks the value pick among the women

The Women’s event looks incredibly difficult to call, with Serena Williams (6/1 with 888Sport) not looking the most convincing of favourites this year.  Two-time champion Petra Kvitova (10/1 at BetFred) has had recent injury issues and defending champion Angelique Kerber (16/1 with BoyleSports) hasn’t been in the best of form of late.

Current French Open champion Ashleigh Barty (8/1 at BetVictor) and US and Australian Open champion Naomi Osaka (9/1 with Betfair) have to be considered genuine contenders, but the value bets could lie elsewhere.

Jeļena Ostapenko (66/1 at BetFred) was a Wimbledon semi-finalist last year and seems to be finding her form on grass again after recently defeating Johanna Konta (17/1 with 888Sport) in straight sets in the second round of Birmingham’s Nature Valley Classic. At 66/1 with BetFred, the Latvian former French Open and Junior Wimbledon champion looks a great value each-way Wimbledon 2019 bet.