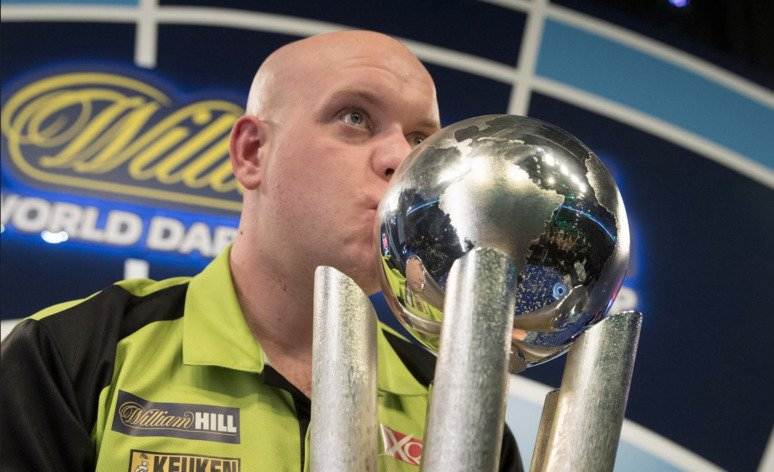 The 2021 PDC World Championship will take place from 15th December to 3rd January at Alexandra Palace in London. Check out our preview and World Darts betting tips below…

There will be up to 1,000 fans (if from areas in tiers one and two) in attendance at each session of this year’s Championship, although they will not be permitted to wear fancy dress and they are also banned from singing or chanting. Could the somewhat subdued atmosphere have an impact?

Reigning champion and second seed Peter ‘Snakebite’ Wright (6/1 with bet365*) will be looking to defend his title, with his main challengers expected to be top seed Michael van Gerwen (5/2 with William Hill) and third seed Gerwyn Price (11/2 with Betfair).

There is an extra incentive for the top three seeds going into the tournament in addition to the world title, with the number one position in the world ranking also at stake.

The fact that the number one ranking is up for grabs is an indication that there has been no dominant player in 2020, with the major PDC titles being shared out.

MVG Back on Track?

Van Gerwen has been top dog in darts since 2014, but is now under serious threat for the first time. Wright will secure top spot if goes as far as Van Gerwen in the tournament, while Price will claim top spot in the rankings if he wins the title.

He is certainly vulnerable, but there were signs of a return to form when winning the Players Championship at the end of November when he beat Mervyn King (11-10) in the final.

The Dutch star beat Price in the semi-finals (at which stage the veteran King beat Wright) and averaged 110.01 in defeating countryman Dirk van Duijvenbode 10-5 in the quarter-finals. He will be seen as the player to beat by anyone who wants to win the title.

Grab yourself the hottest tickets of the year here 👉 https://t.co/1sbUq7z0Tx

The 32 seeded players enter the tournament in the second round, with Van Gerwen having been drawn against either Ryan Murray or Lourence Ilagen of the Philippines, Wright starts against Steve West or Amit Gilitwal, while Price will face either Luke Woodhouse or Jamie Lewis.

Aside from Van Gerwen to win the title, a bet on Price to reach the final also has appeal at 11/4 with Betfair.

Outside of the three favourites, the other leading contenders in the betting to win the title are

On Day One of the Championship, the highly-rated young Irishman Keane Barry could be worth a punt at 1/1 with bet365* to beat the experienced Jeff Smith in the first round.

Other first round matches that may appeal to punters in accumulator bets include the aforementioned Dirk van Duijvenbode at 1/4 with Betfair against Bradley Brooks, Luke Humphries at 2/9 with Betfair to beat Paul Lim and Damon Heta at 2/9 with William Hill to see off the challenge of Danny Baggish.

Expires: 3004D 08H 23M
New customers only, bet up to £20 on the Exchange and if your first bet loses, we’ll refund you £20 in Cash. Bet must be placed in first 7 days of account opening. T&Cs apply. Payment restrictions apply. T&Cs apply 18+ONLY |BeGambleAware/ Bet Responsibly. This is an advertisement.