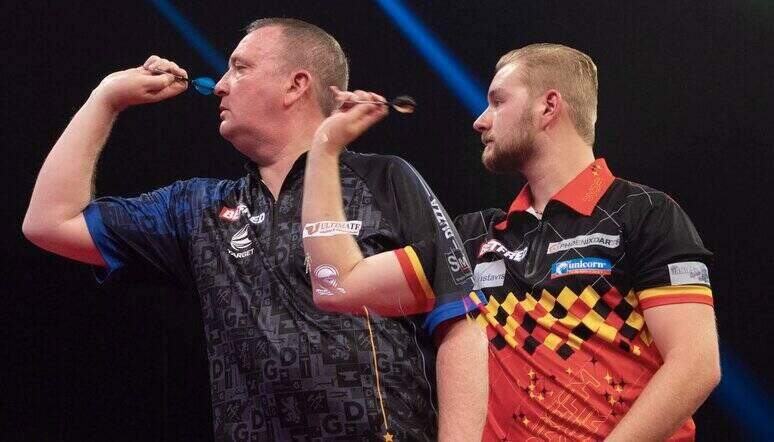 Glen Durrant vs Dimitri Van den Bergh looks like the clash of the round when the Bwin World Series of Darts Finals gets underway on Friday. Keep reading for all our World Series Of Darts tips and picks below.

The action will be broadcast live on ITV 4 and streamed by the major bookmakers. The 24-player competition which takes place at the 6,700 seater Salzburgarena in Salzburg, Austria, will be the first PDC event to be staged in front of a live crowd since March.

Meanwhile the world’s top eight players are seeded and will enter the fray in the second round on Saturday. The world No. 1 will face either Glen Durrant or Dimitri Van den Bergh in his opening match and current World Champion Peter Wright will take on the winner of the first round tie between 2019 Brisbane Darts Masters champion Damon Heta and Ian White. World number three Gerwyn Price plays Vincent van der Voort or Joe Cullen.

Ahead of this weekend’s return to action in front of fans at the @bwin World Series of Darts Finals, Gerwyn Price speaks about:

With Michael van Gerwen (MVG) being such a huge disappointment in the Unibet Premier League – finishing sixth in the nine player league format competition – his best outright odds of 11/4 come as no surprise. But we are still giving MVG a swerve in our outright World Series Of Darts tips below.

Two Big and One Small

In fact, in the competiton outright betting odds, we think it is better to take some big priced players against the Dutchman.

Glen Durrant who won the league standings (and is now into the playoff stages of the Premier League) surely looks over-priced at 16/1 to win the five consecutive matches required to take the title.

Likewise Krzysztof Ratajski, already ranked world No. 14, is threatening to win a competition like this and great showing in the World Matchplay in July indicates his time is near. At 33/1 (BetVictor) he looks a great each-way betting proposition.

But it’s Peter Wright that has arguably played best this year, on top of that World Championship he has also taken the Masters and sits second in the Premier League standings. ‘Snakebite’s’ nine victories means he has actually won more games than top-placed Glen Durrant.

Amongst the opening round matches the obvious double to be on is Ian White to beat Australia’s Damon Heta. The Aussie is ranked a lowly world No. 104 after all and while White always struggles at the business end of tournaments – he makes the final stages with remarkable consistency.

Glen Durrant has been serving it up to Premier League Darts opponents and while he’s not a prolific 180 scorer a number of 100+ match averages means he should be way too strong for Dimitri Van den Bergh. Take away the latter’s shock victory in the World Matchplay and he would surely be a 7/2 shot in this confrontation. Our first round World Series Of Darts tips would focus on these two players in a double.