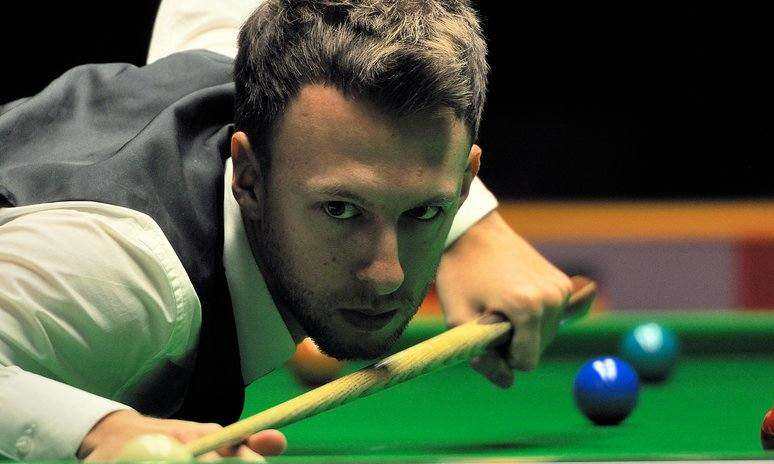 Anthony McGill came through his dramatic match with Jamie Clarke 13-12 (after trailing 8-2) to reach the quarter-finals where he will play another qualifier in Kurt Maflin. So we’re now down to eight.

The 2nd Round line-up is almost complete.

It’s Day 4 at the Crucible Theatre in Sheffield and despite no crowd the action is providing lots of thrills and spills and is a great in-play betting medium. A snooker bet usually gives you plenty of entertainment for your money.

At the time of writing the only seeded player to go out at the 1st Round stage is Dave Gilbert who went down 10-8 to Norway’s Kurt Maflin in an enthralling encounter that had a bit of everything. Ronnie O’Sullivan laid down a marker with an imperious display demolishing Thepchaiya Un-Nooh 10-1 in a World Championship record 108 minutes.

Snooker’s World Championship, the big one, the Holy Grail, the one event every snooker player dreams of winning, is finally upon us. The 32 player tournament, which traditionally pulls the shutters down on the snooker season, is now scheduled to begin on July 31 much later than its originally planned mid-April start date.

Thankfully Covid-19 has not managed to change the venue though. As usual, and for every year since 1977, Sheffield’s Crucible Theatre plays host to the world’s finest cue-men. This year’s winner will collect a £500,000 first prize which is the same as 2019’s victor netted. To think John Spencer, the 1977 winner, collected just £6,000 for his efforts! But there are some added incentives, like the £40,000 Sponsor’s Betfred are offering to any player who scores a perfect 147 and £15,000 for the tournament’s highest break.

Unlike the US President, our Trump is Popular with Punters

Given his excellent results this season, Judd Trump unsurprisingly heads the betting. The reigning champion is industry top-priced 11/4 at Betway and Paddy Power. Bidding to win the competition in back-to-back years – something that happens frequently as Mark Selby (2016-2017), Ronnie O’Sullivan (2012-2013) can testify – the 30-year-old played some outstanding snooker prior to the Covid-19 shutdown winning six of the 13 ranking tournaments he contested.

Next in the betting is five-time world champion Ronnie O’Sullivan who has indicated his dissatisfaction of a live audience being in attendance by threatening to withdraw from the contest. That’s unlikely to happen but ‘The Rocket’ has not been in inspirational form this season and with family issues thought to be at the root of the problem he looks a diabolical proposition even at Unibet’s industry top-price of 9/2.

Of course all of these players are amongst the sixteen seeded players who go are in the main draw of the 32-player competition. The others are Mark Williams (seeded 3), John Higgins (5), Stephen Maguire (9), Dave Gilbert (12), Jack Lisowski (13), Stuart Bingham (14), Barry Hawkins (15) and Yan Bingtao (16).

Last year 12 of the sixteen seeded players made it through the first round (ten did in 2018, 12 in 2017 and only nine in 2016). The biggest first round casualty in 2019 was Ronnie O’Sullivan as he was world ranked 2 at the time. Obviously it is hard to pinpoint which players will fail at the opening hurdle but it is pretty safe to speculate that four or more non-ranked players will win their first round matches despite their underdog status. To make the competition’s televised 32-player stage the non-seeds need to win up to four consecutive qualifying matches during the preceding week and so it’s fair to say they have to be in ‘good form’ and cannot be underrated.

But sadly you cannot seriously consider a non-seeded player for the title, it so rarely happens – the last time was 2005 when Shaun Murphy scored. Our three fancies for outright glory are:

Judd Trump (11/4 William Hill): The only player who has truly stood up to Ronnie O’Sullivan in 2018/19 he has been imperious this season and has the winds of confidence billowing in his sails. Strongly fancied to defend his title. 11/4 is available at William Hill bookmakers.

Neil Robertson (7/1 Betfair Sportsbook): Seeded 2 and at the very bottom of the draw, the Australian cannot meet Trump until the final. He’s won here before and had a deep run in the competition in 2019. With form figures in the most recent ranking tournaments reading W-F-W-QF-1R-QF he’s clearly in fine fettle and looks the logical choice against the fav. 6/1 Betfair

Mark Selby (12/1 William Hill): Three times a winner of this competition Selby’s ‘back-class’ should not be ignored and in winning a pair of ranking events in the current season there’s hope he could be returning to his brilliant best 12/1 with Hills

Ronnie O’Sullivan: Needs no introduction but needs re-invention. KO’d in the first round last year his game has gone to proverbial ‘pot’ as rumours surrounding his life away from the table persist. Threatening to pull out of the competition due to organisers decision to allow a limited crowd into the venue, the Rocket’s 9/2 price is surely way too short and he is one to oppose on the Betfair Exchange.

Ronnie O’Sullivan has made three of the ten 147’s compiled at the venue since 1977 but with an early exit predicted the likelihood of a 147 being registered during the competition in 2020 looks all the more remote. It’s around 4/7 about the ‘no 147’ scenario and that looks a great bet to us.

* World Snooker Betting 2020 odds correct at the time of writing