Reality TV: I’m a Celeb, Get Me The Early Vote Winner 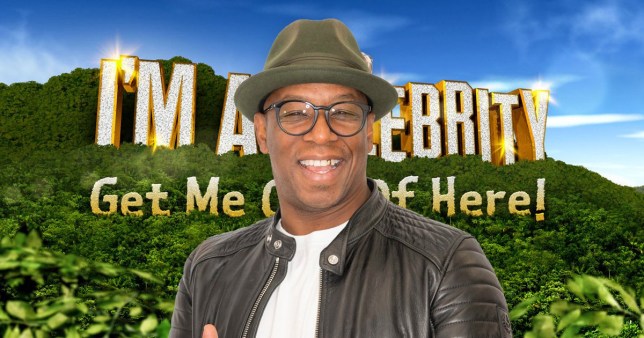 If X Factor: Celebrity is all over, I’m a Celebrity Get Me Out of Here is the complete opposite. It’s a fiercely competitive race with three contenders vying for favouritism. Coronation Street star Andrew Whyment is the current market leader at bet365’s* 11/4 but East Enders actress Jacqueline Jossa is snapping at his heels at 3/1 while Roman Kemp has overcome his lack of celebrity and is now winning over punters. He is now top-priced 4/1 with Betway.

Jacqueline Jossa is 13/8 favourite to be ‘Top Woman’ with BetVictor while Caitlyn Jenner is next at 5/2 with Betway.

As for the first person to be eliminated bet365* say Adele Roberts or Andrew Maxwell are the most likely candidates going 9/4 (3.25) about the pair. It’s then 15/1 about Ian Wright.

Set your faces to stun, there’s not long to wait now!  ITV’s I’m A Celebrity (Get Me Out Of Here!) officially starts on Sunday 17th November and the nineteenth series of the show has another crackerjack line-up if press reports are correct.

Over ten million people are likely to tune into the opening episode – and every subsequent episode – of I’m a Celebrity Get Me Out of Here 2019 and as usual the show is set to run for three weeks.

The history books show a dozen people have taken part in the show every year during the past decade – apart from last year when there were just 11 contestants – and traditionally there is a cast of ten with two latecomers joining the party some time during the opening week.

Last year’s winner, Harry Redknapp, was immensely popular from the outset. In fact he received the most votes from the public in each and every one of ten public votes. Remarkably Georgia Toffolo, the 2017 I’m a Celebrity winner did the same as did Scarlett Moffatt who won the competition in 2016.

If the history books are any kind of guide making money with Reality TV betting on this show is as easy as identifying the most popular contestant via public votes in the first few votes and throw your money at them. The problem is… these votes do not traditionally begin until day 13.

So beforehand finding the I’m A Celeb winner should be done via old fashioned statistical analysis. The list of previous winners (see below) show reality TV stars have fared very well in recent times. And northerners have a desperate record. Londoner’s out-perform all others and anyone north of Milton Keynes may as well as stay on their comfortable sofa.

During last weekend’s Match of the Day, Gary Lineker joked Arsenal legend Ian Wright (who turned 56 on Sunday) by saying “Apparently Wrighty is off to eat leaves, get us out of here!” It was a clear indicator that his friend, who has 1.6 Twitter followers, is joining the show.

Happy birthday to @Arsenal legend @IanWright0 !!! I think @GaryLineker confirmed more or less that Ian Wright will be in @imacelebrity this year with @antanddec. pic.twitter.com/e9gOYpnk3G

As a football pundit for both BBC Sport and ITV Sport ‘Wrighty’ has plenty in common with last year’s winner and he’s also a Londoner through and through. That’s form plenty strong enough to make him our idea of an early I’m A Celebrity 2019 betting tips favourite. Let’s hope the price is Wright!

Who Else is Going into the Jungle?

Other celebrities rumoured to be going in the jungle this year are Caitlyn Jenner after ITV offered a reported £500,000 fee and the recently retired House Of Commons speaker John Bercow.