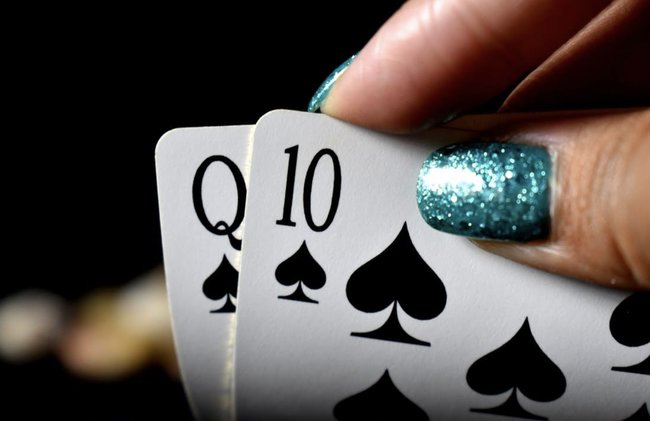 This year marks half a century of the World Series of Poker, a series of high stakes tournaments involving some of the biggest names in poker from around the world.

The series consists of a number of games, most of which are No Limit Hold’em, with the winner of each receiving a coveted WSOP bracelet and a cash prize. Hosted annually in Las Vegas, the WSOP is becoming increasingly popular and attracted over 120,000 entries in 2018. In celebration of its 50th anniversary, the series has made all players’ initial entries into the event rake-free this year.

The WSOP was founded in 1970 by poker legend and casino owner Benny Binion, who invited six experienced poker players to his famous Horseshoe Casino. He designed the tournament to not only raise the profile of his business, but also to determine who the overall best poker player in the world was. Within a decade, the series grew from just six players to over 2,000 entrants. Each year the amount of interest in the event has continued to grow, with players from 104 different nations attending last year.

Over the last 50 years, this annual event has transformed from a simple tournament into a spectacular series of competitive games with seriously high stakes.

Well known for his aggressive style of play, Jack Straus made a comeback from having just one chip remaining in the 1982 series and reached the final against Dewey Tomko.

During the final game, Straus’ strategy centred on planting a seed of doubt in the mind of Dewey Tomko. On Tomko’s move, Straus offered to reveal one of his cards in return for a single $25 chip. Tomko obliged and Straus turned over this card, revealing a two. Assuming that he must only have a pair of twos, Tomko laid down his cards. Eventually winning with a pair of 10s, Straus took home an impressive $520,000 prize.

His creative bluff was depicted in the 2003 movie Stuey, however the bluff was credited to another poker player and he was not mentioned in the film. Following his championship win, Straus continued to play poker in the US until his death in a Los Angeles casino in 1988.

If you have watched the 1998 film Rounders starring Matt Damon, you will no doubt already be familiar with Johnny Chan’s WSOP win in 1988.

Johnny flopped a straight and Seidel took the bait, laying down a pair of queens. In doing so, Chan became the first international player to win the main event and took home $700,000.

Johnny Chan made a cameo appearance in the film based on this event, in the scene where he is bluffed out of his pot by Mike McDermott, the central character. He then appeared again as himself in the 2009 Hong Kong film Poker King.

Enright’s win in 1995 was an inspiration to many and helped many other women to enter the world of poker, which is traditionally a male-dominated environment.

It was the first time in history that a woman had reached the final table in a WSOP event. Enright finished in fifth place after her pocket eights where outdrawn by a six-three.

Who can forget Chris Moneymaker’s play in the 2003 series? Dubbed the “bluff of the century” the commentator in the series original broadcast, Moneymaker made history in his game with Sam Farha when he executed a double bluff by missing straight and flush draws and getting to the river with a king high. Eventually beating Farha’s two sets with a full house, he walked away with a $2.5 million prize as a result, an impressive sum for a player of his experience.

Moneymaker was the first player to become a world champion after starting out and qualifying on an online poker site. His victory resulted in an explosion of interest in poker, his result inspired many more amateurs and proved that you do not have to be a seasoned pro to have a seat at the WSOP table. This became known as the “Moneymaker Effect”.

During the 2019 First Fifty Honors Awards, Chris Moneymaker was awarded the “Most Memorable TV Hand” award for his 2003 win.

From talented bluffers like Moneymaker and Straus, to ground-breakers such as Enright, the World Series of Poker has had many memorable moments and iconic players. As we celebrate the 50th year of the WSOP, we can expect audience and participant numbers to keep growing as the series continues to be one of Las Vegas most anticipated annual events.