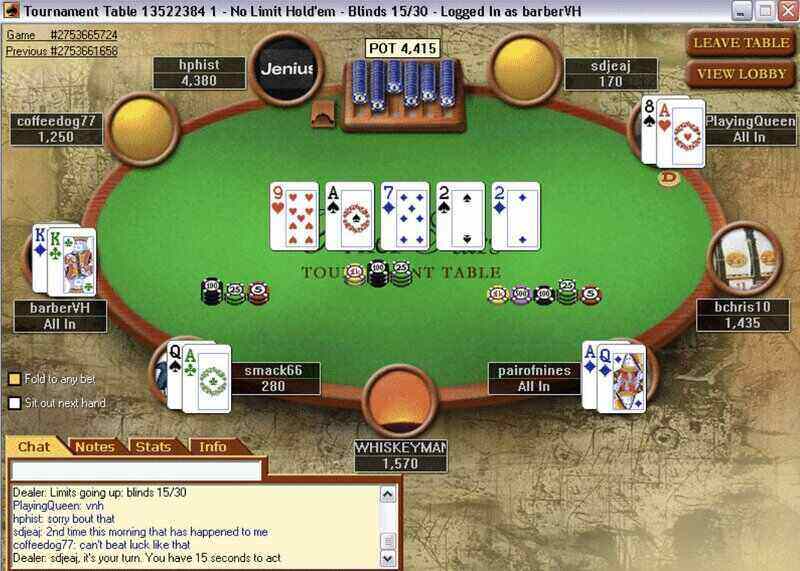 Is poker a sport? Some say “only if you sweat is it a sport”, so maybe the established card game is more of a ‘skill game’.

In either case the word ‘skilful’ is key as poker may not see clear form figures – such as the same handful of players winning the major darts, bowling and snooker tournaments but over a period of time the cream always rises to the top.

But that cream may not always stay at the top of the bottle for long as poker, even a game seemingly as simple as Texas Hold’em, continuously evolves and the way it is played changes year-on-year, presumably for the better.

Better The Devil You Know

That’s no lie. Televised poker, with the benefit of all-telling under table cameras, made its debut on British TV screens in 1999. Dave ‘Devilfish’ Ulliott took the first ‘Late Night Poker’ series. He already had a WSOP bracelet and later won a World Poker Tour title.

In 2000 it was the 1989 WSOP main event winner, Phil Hellmuth, who landed Channel 4’s Late Night Poker before a domestic TV audience in excess of one million.

Our point is… watch that footage now and you would probably be outraged as to how often the “all-in” manoeuvre was performed, not to win a big pot, but to take an opponent off of a small pot. That and regular five-way action to the flop is another noticeable feature of poker play in the early noughties.

Forward-wind two decades and few hands go three-way to the flop in the latter stages of a tournament and the once standard ‘treble the big-blind’ opening raise is considered suicidal. Like we say the poker game has changed and leading poker training sites have played a big part in this evolution.

Most leading online poker rooms feature their own ‘poker school’ but of the independent coaching sites that have stood the test of time and proven to sharpen players skills amongst an evolving scene are Phil Galfond’s ‘Run It Once’, which opened in 2012.

Upswing Poker, which made its debut in 2015, is another major player as is ‘Tournament Poker Edge’ which focuses exclusively on multi-table tournaments and features over 1,000 training videos.

Online gambling portal PokCas.com offers advice on how to win at Spin and Go format tournaments, including push and call charts to help hone your turbo sit and go game.

For an in-depth review of all poker training sites head over to cardplayerslifefstyle.com but before doing so be sure to have an open mind.

You have to be prepared to make changes to your game which has probably changed very little from when you first learned how to play poker. Back then who was the reigning world champion, or multiple WSOP bracelet or WPT ring winners? Ask yourself, where are they now and why are they now amongst the back-markers?

Extra Value while you grind / learn

You will undoubtedly make some mistakes while learning to play poker, so minimizing your “downside” by playing in freerolls (to build you bankroll, and practice until you’re 100% certain of hand rankings) is a good idea. There are plenty of poker sites offering free-to-enter poker tournaments with real cash prizes (tournaments known as freerolls).

Another two factors which makes a big difference to your bottom line as a poker-player are bonuses & rakeback. Sites like PokerStars and ACR have promo codes and bonus codes which players can use when they register so that they are tracked and tagged to get specific benefits associated with their account (like rakeback or bonuses) which regular players don’t get.

For the latest poker news stories check out www.pokerindustrynews.com