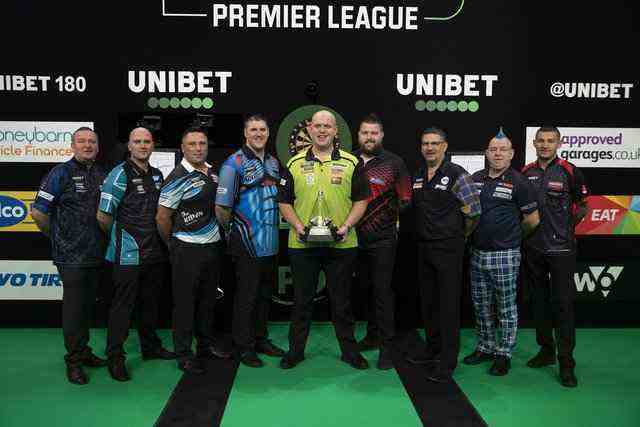 A further four nights of the Unibet Premier League are to be staged behind closed doors in Milton Keynes from September 3-6, replacing the planned events in Glasgow, Manchester, Newcastle and Sheffield.

The Premier League season, which has been on hold since March, will return later this month with six nights being held at the Marshall Arena in Milton Keynes.

Those six nights – from August 25-30 – will now be followed after a three-day break by the remaining four league nights of the regular season from September 3-6.

In addition, should it not be possible to stage the Play-Offs at The O2 in London with a crowd as planned on Thursday October 22, a further night behind closed doors will be added in Milton Keynes on Wednesday September 2, making Sunday September 6 the Play-Offs.

“We have continued to work with all relevant parties in recent weeks in a bid to stage these four Unibet Premier League nights with a crowd,” said PDC Chief Executive Matt Porter.

“As we are still not able to guarantee this and bearing in mind the need to provide clarity for fans with tickets to these events, we will now be staging a further four nights behind closed doors in Milton Keynes.

“We are continuing to work with The O2 in a bid to end the season in style with the Play-Offs in front of a live crowd on Thursday October 22 if practicable, with the option of adding a further night in September in Milton Keynes available should this not be possible.”

Fans with tickets to any of the rescheduled nights will have their booking transferred to the equivalent night of the 2021 Premier League, as follows:

Any fans wishing to receive a refund must apply to their point of purchase (the Box Office where they bought their tickets).