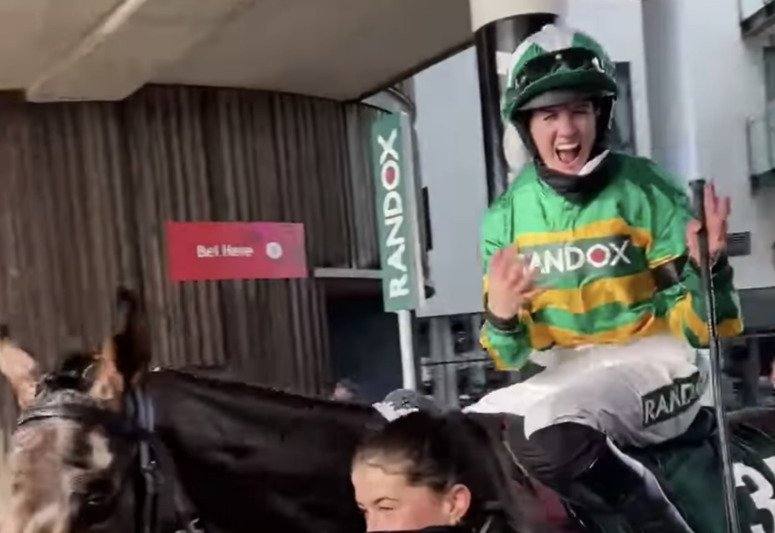 Here’s a trivia quiz question for you:

Which jockey won RTE television’s Sports Personality of the Year award in 2013?

You are thinking Ruby Walsh right? Wrong, the Irish broadcaster gave the distinction to Tony McCoy to recognise his landmark 4,000th winner over jumps.

In those days the winner was chosen by a special panel of RTÉ journalists and editorial staff. Hardly fair but thankfully, since 2016, the winner is now selected by a public vote from a predetermined shortlist.

Who will be the recipient of the RTE television’s Sports Personality of the Year award in 2020?

According to the bookmakers it is a formality, to use an old-fashioned betting term, there is no chalk left on the board for Rachael Blackmore.

Seriously, the only chance she has of getting beaten in the annual TV spectacle is if Stephen Roche, aged 61, makes a shock return to cycling and wins the Tour De France for a second time.

Naturally taking the Grand National at the start of April gave her news headlines and as a the first female rider to ever do so – a quest which started in 1977 – she has been afforded more column inches than the ‘average’ Grand National winning rider.

But horse fans, and Ireland is a country full of gamblers, will know 2021 has been a truly remarkable year for the 31-year-old rider from beautiful County Tipperary.

Six winners at the Cheltenham Festival gave her the award for leading rider at the Holy Grail of jumps racing.

It is forgotten her finishing second in the Cheltenham Gold represents the closest a woman rider has got to winning the Festival highlight and in any other year that alone would be considered a huge achievement.

But having already landed a heap of Grade 1 contests including the Champion Hurdle, Triumph Hurdle and Champion Bumper the achievement was missed on almost everyone.

Similarly most British race fans would not be aware of her battle for the Champion Jockey crown in her native Ireland. Paul Townend, who has the full might of the Mullins stable behind him, currently leads the way.

But Blackmore is only a handful of winners behind him and with the Punchestown Festival approaching – where many of her Cheltenham winners will attempt to double-up – the remarkable hero might just make up the deficit and land another first, a Jockey’s Championship title.

Expires: 3004D 07H 36M
New customers only, bet up to £20 on the Exchange and if your first bet loses, we’ll refund you £20 in Cash. Bet must be placed in first 7 days of account opening. T&Cs apply. Payment restrictions apply. T&Cs apply 18+ONLY |BeGambleAware/ Bet Responsibly. This is an advertisement.