UFC Betting: What does 2018 hold for Conor McGregor?

The Notorious Conor McGregor is very much in demand, some might say he’s a wanted man… 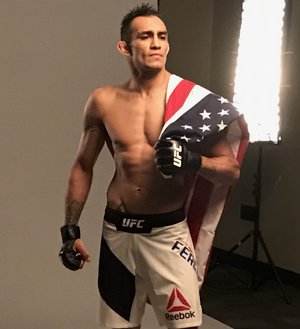 UFC 223 is just a day away as Khabib Nurmagomedov & Tony Ferguson are set to finally meet inside the Octagon, for the interim 155lb title. Tony Ferguson (pictured above) won the interim title over Kevin Lee last year, setting up what everybody thought would be Conor McGregor’s return fight against Ferguson.

But the looming presence of the 25-0 Khabib, on the back of a stunning victory over Edson Barboza, meant that only this fight now makes sense. It is a really tough fight to call, but a mouthwatering one and with Rose Namajunas facing off against Joanna Jedrzejczyk in the co-main event, UFC223 is set to be the biggest event of the year so far in MMA!

But, make no mistake, this main event is seen as the window for Conor McGregor to make a return to the UFC and defend his true 155lb title against the winner of this interim clash.

McGregor has rightly been enjoying family life a bit after his Mayweather escapades in 2017, but some fireworks at between Khabib & Ferguson on April 7th should tempt him back into a Superfight with the winner later in the year.

What does 2018 hold for Conor McGregor?

Wanted by combat sports, wanted by Hollywood, fans wanting answers and everything in between. But the real question for Conor McGregor is, how much does he want it all himself?

His 2017 summer blockbuster Boxing match against Floyd Mayweather Jr is said to have netted the Irishman in the region of $100,000,000 in total income, an extraordinary amount of wedge for a 29-year old man to have. He really doesn’t need to fight again in the UFC, nor work anywhere, but at heart he is a fighter and ultimately this year we will find out to what extent McGregor values his own legacy within the sport of MMA.

Going off the rails?

Many thought he was going off the rails a few months ago, in the lead up to Christmas. Public appearances with female pop stars sparked fears of trouble at home, rumours of him getting into bar fights and more talk besides, made it easy to think UFC fans and indeed the company itself was losing sight of its star attraction.

But Conor McGregor was home in time for Christmas and has quickly began posting on Instagram of his recent training sessions; particularly in Brazilian Jiu-Jitzu (BJJ). His return to the gym couldn’t have come a moment too soon. While Conor was off boxing Floyd Mayweather, Tony Ferguson cemented his position as the number one lightweight contender by beating Kevin Lee for the 155lb Interim title belt.

Many believe he is the only man McGregor should fight next and for the most part they’d be right. Until that is, Khabib Nurmagomedov beat Edson Barboza is devastating fashion at UFC 219 on December 30th. Nurmagomedov took his perfect MMA record to 25-0 and he too is very much in contention for a title shot at McGregor.

McGregor’s return to the Octagon?

The key issue here is money, and the huge amounts of it now in command by McGregor. But Dana White and Conor McGregor have become quite adept at pulling off good business together, so it would be a shame if that were to break down now!

The St Patrick’s Day date will probably have to wait, but a return to Las Vegas and the T-Mobile Arena – for the right price and cut of the PPV buys – and it is highly likely we will see the 155lb UFC Champion finally make his return to the Octagon. 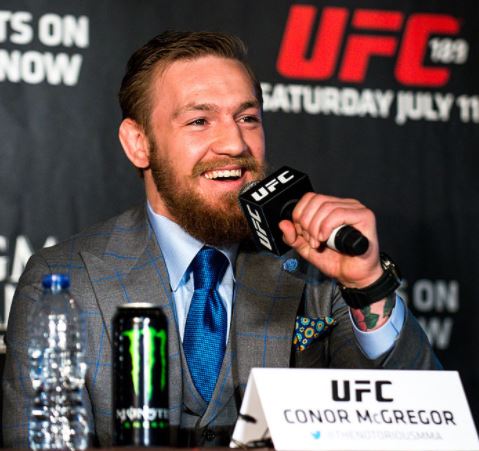 If McGregor defends his title against Tony Ferguson in the first half of the year, it is likely this could set up a mouthwatering New York card for November against Khabib, who seems to be over his weight and diet problems and training correctly. In either of these title defences, McGregor will be the bookies favourite, but success will depend on his ability to keep out of the grasp of these two world class grapplers.

A return to the UFC for Conor McGregor is what all the fans want to see in 2018, so let’s hope the powers that be can get a date in the diary as soon as possible…and we haven’t even mentioned that trilogy fight with Nate Diaz yet.

Look out for the latest news and UFC Tips with us in 2018 on the new Betfinder site coming soon!

Expires: 42D 05H 28M
New customers only, bet up to £20 on the Exchange and if your first bet loses, we’ll refund you £20 in Cash. Bet must be placed in first 7 days of account opening. T&Cs apply. Payment restrictions apply. T&Cs apply 18+ONLY |BeGambleAware/ Bet Responsibly. This is an advertisement.